DELHI TOWNSHIP, OHIO – May 4, 2020 – Sister of Charity of Cincinnati Catherine Kirby died April 14, 2020, at the age of 84 in Tri-Health Rehabilitation Center, Dana Ave., Cincinnati, Ohio. Sister Catherine was born Margaret Louise Kirby on Feb. 7, 1936 to Harold J. and Mary C. (Sheppard) Kirby in Lansing, Michigan. She was one of four children, three girls and a boy. She was a Sister of Charity for 65 years.

Sister Catherine grew up in Lansing attending Holy Cross grade school and graduating from St. Mary Cathedral High School in 1954; there she was taught by the Sisters of Charity. On Sept. 8, 1954 she entered the Sisters of Charity at Mount St. Joseph, Ohio. At the time of her vows she took the name Catherine in honor of her mother.

Sister Catherine earned a Bachelor of Science degree in education from the College of Mount St. Joseph in 1964 and a Master of Arts degree in history from Xavier University, Cincinnati in 1971. She earned a PH.D. in administration from Miami University, Oxford, Ohio, in 1987.

Sister Catherine’s ministries served a variety of mission-driven entities for more than 50 years. These years can be broken down as 20 years in Catholic elementary education, eight in elected Sisters of Charity leadership, seven as assistant superintendent of the Archdiocese of Cincinnati and 11 with Mount St. Joseph University. In her early years she taught in Dayton, Cincinnati and Cleveland, remaining in Ohio for all her ministries. She was first assigned to teach at Corpus Christi, Dayton (1956-’62) and then St. Dominic, Cincinnati (1962-’67). She went to St. Mel, Cleveland, serving as principal (1967-’70) before moving to full-time study at Xavier University, Cincinnati. She returned to St. Mel in 1971 as principal as well as elementary school coordinator for the Congregation.

In 1975 Sister Catherine was elected to congregational leadership for the Sisters of Charity, serving as generalate secretary for eight years (1975-’83). She pursued a PH.D. degree in administration at Miami University, Oxford, Ohio, full time (1983-’85) before becoming an assistant professor of education at the College of Mount St. Joseph in 1985. She served as interim principal at St. Lawrence, Cincinnati (1991-’92) before returning to the College as associate professor of education (1992-’97). Sister Catherine also agreed to serve in network leadership as the Sisters’ Townhall representative to the SC governing board (1993-’99) and in 1997 she became the assistant superintendent of schools, coordinating the high schools of the Cincinnati Archdiocese. She ministered in this capacity until her retirement in 2004.

In retirement years Sister Catherine remained very active, providing board service at DePaul Cristo Rey High School, CISE (Catholic Inner-city Schools Education) and Mount St. Joseph University. Most notably she chaired the feasibility study (2004-’09), undertaken by the Sisters of Charity Congregation, to establish and sponsor a Cristo Rey High School in Cincinnati. She took on a community-wide study, interviewing local, school, church and community leaders, as well as middle-school students and their parents, in order to gauge interest in such a model in the city. The school successfully opened in 2010, serving the city’s underserved high school population.

Throughout her varied experiences of ministry Sister Catherine often commented on how truly important a strong, value-based Catholic school can be. At the time of her Jubilee she said, “With all the problems kids face today, we are there for them and can offer them something solid, consistent and of value that they can incorporate into their lives.”

Along with Sister Barbara Hagedorn, earlier this year Sister Catherine was the recipient of the DePaul Cristo Rey High School Founders Leadership Award for her service, charity and passion for the DPCR mission.

A friend, Sister Barbara Davis shared, “I know I am not alone is saying I will greatly miss her presence with us. Catherine served faithfully on the Congregation’s Governance Committee that started its work in 2011 and finished at Chapter 2015. Her wisdom and insight contributed greatly to our discussions and she was always focused on what is best for ‘our Sisters.’”

Sister Catherine Kirby is survived by nieces and nephews. Her sisters Joyce Rosenzweig and Jo Ann Ferris and brother, Robert Kirby, preceded her in death.

Memorials can be made in Sister Catherine Kirby’s name to the Sisters of Charity of Cincinnati Retirement Fund, 5900 Delhi Rd., Mount St. Joseph, Ohio 45051. 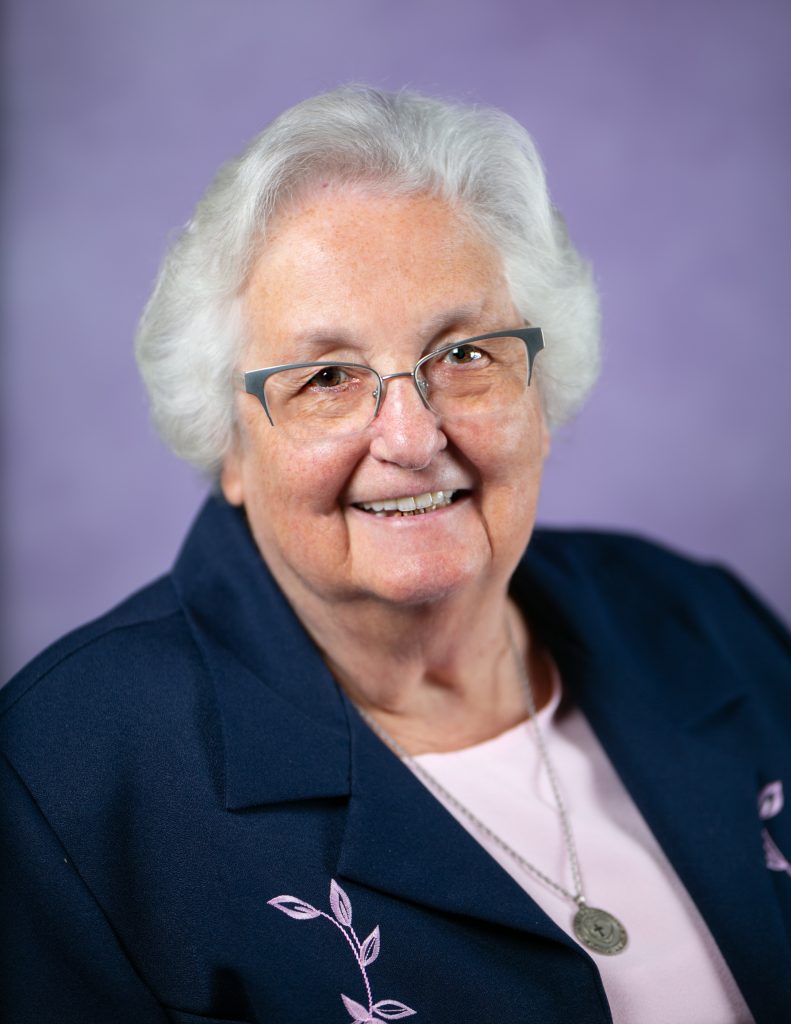 The Sisters of Charity of Cincinnati, whose Motherhouse is located in Delhi Township, a western suburb of Cincinnati, is an apostolic Catholic women’s religious community that exists to carry out the Gospel of Jesus Christ through service and prayer in the world. Sisters, using their professional talents as ministers of education, health care, pastoral and social services, as well as caring for all creation, currently live and minister in 17 U.S. states, in Guatemala and Mexico.

USCCB: Call with Trump was about schools, not campaign