DAYTON DEANERY — “Before Katrina hit us, we were in crisis. What Katrina did was make a bad situation worse.”

That was the central message of a lecture delivered by Adrian Dominican Sister Jamie Phelps on Nov. 10 at St. Charles Borromeo Parish in Kettering. “New Orleans is a microcosm. It made visible what was invisible,” she said. “People have accepted being invisible. People have accepted racial, class and gender divisions.”

Sister Jamie used Scripture and the tenets of Catholic social teaching to emphasize that Catholics are called to break down such divisions and “be in communion with all members of the human race.”

The title of her lecture was “The Winds of Economic Change: Lessons from Katrina about Poverty and Justice.” Sister Jamie serves as director of the Institute for Black Catholic Studies at Xavier University of Louisiana in New Orleans.

A Cajun dinner kicked off the evening, followed by a short performance by Nick Cardilino, a local musician and director of the Center for Social Concern at the University of Dayton. Songa Mbele (“Moving Forward”), a group of female singers and drummers from Burundi, also performed.

Sister Jamie’s visit was sponsored by Catholic Social Services of the Miami Valley (CSSMV) and the archdiocesan Catholic Social Action Office (CSA), with the support of the Weavers of Justice. The presentation was the fifth in the annual Distinguished Speaker Series.

Other speakers in the series have included Sister of St. Joseph Helen Prejean, whose story was featured in the film “Dead Man Walking,” and author Alex Kotlowitz.

After the lecture, Nympha Clark, director of mission services at CSSMV, said the Distinguished Speaker Series aims to engage people in exploring Catholic social teaching and inform them about social justice efforts undertaken by CSSMV and CSA. It also serves as a fundraiser for CSSMV’s mission services department, which sponsors a food bank, provides volunteers for needy seniors and supports refugee resettlement in the area.

“For me, the invitation she made to see all people as connected was very important,” Clark said of Sister Jamie’s presentation. “I would hope that each person [who attended] felt inspired to offer themselves for the good of all humankind.”

Pam Long, regional director of the CSA, said she appreciated the way Sister Jamie’s personal experiences highlighted her “points about how Catholic social teaching rises out of our faith response to our baptismal call.” 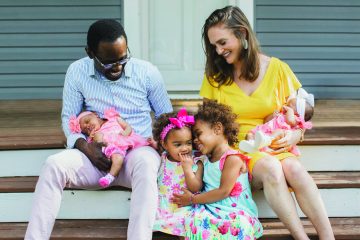