The following is a post-season recap of spring sports results for Catholic high schools in the Archdiocese of Cincinnati.

A dynasty is underway.

Elder High School claimed the Division I championship the same day with a 25-18, 25-18, 25-23 victory over Archbishop Moeller. The championship is Elder’s sixth in boys volleyball and first since 2014.

With one out and the bases loaded in the bottom of the eighth inning, Defiance junior Austin Taylor singled to centerfield to score senior Shay Smiddy, earning a 3-2, eight inning victory for the Bulldogs against Hamilton Badin and its second-straight state championship in the 2016 OHSAA Division II baseball state final at Huntington Park in Columbus on June 4.

Badin was led by seniors Garrett Hogan and Mitchell Raley. Hogan went two-for-three and Raley went one-for-two while also accounting for both of Badin’s RBIs. Badin finished the season 22-11.

La Salle was led on the mound by junior Micah Allen and senior Jacob Kaiser. Allen went six innings and surrendered just five hits and two runs while also adding a strikeout and one RBI offensively. Kaiser pitched the seventh and allowed no hits or walks. Offensively, the Lancers finished with five hits but mustered just one run.

Athletes around the archdiocese competed in the OHSAA Track and Field Tournament June 3 and 4 at Jesse Owens Memorial Stadium in Columbus. Below is a divisional breakdown of Catholic high school athletes from the Archdiocese of Cincinnati who placed in their events.

In the girls 4×400 relay, Carroll’s all-senior team of Christian Kellet, Julia Barbera, Haley Sabo and Hannah Ritter placed fifth with a time of 4:01.13.

Fenwick senior Sean Sherman took second in the boys shot put with a distance of 60-01.25, just one inch shy of first place.

Sports-related news from Catholic high schools in the archdiocese may be submitted HERE.

Approach families with respect because God is at work, pope says 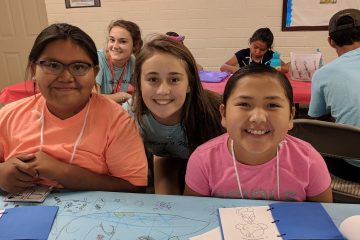