With a deep booming voice and a ready laugh, one quickly discerns this man’s deep love for his community. He is also honest about the challenges and the victories of St. Benedict the Moor Parish. Father Tandoh’s office is largely decorated with pictures of the graduating classes from St. Benedict the Moor’s Catholic School, an institution that also plays a significant role in the story of the Black Community in West Dayton. His own life, in many ways, mirrors the experiences of his parish.

Father Tandoh’s journey began in Africa, and includes the formation and theological education he received in Ghana and Nigeria. In 1993 he was ordained a Spiritan priest. The Spiritans were founded in Paris in 1703. Their primary ministry is to serve the poor with a missionary focus. Father Tandoh’s life has been a model of this missionary spirit. In 1996, he arrived in the U.S., serving initially in New York City and then later in Ohio. While preparing to transfer to Pennsylvania, Archbishop Pilarczyk asked him to stay in Dayton to lead what was then the combined parishes of St. James and Resurrection.

Long before Father Tandoh arrived in Dayton, there was a largely Black Catholic church in Dayton named for St. John the Baptist. That church closed in the early 1960’s when State Route 35 was built. The members merged with West Dayton’s St. James Church. Later, St. James and Resurrection Church were required to share the services of a single pastor. In response, the two parishes decided to merge into one church, calling themselves St. James Resurrection Church.

Aside from the limited space, the parishioners struggled to combine the worship traditions they were accustomed to, such as traditional gospel and charismatic. Father Tandoh realized he needed to allow the community to create something entirely new, a place they could embrace as their own. It needed to be a faith community that, in his words, “looked like them.”

He set about reviving a plan that had been explored years earlier to build an entirely new church on farmland just off Route 35. The community rallied behind the idea and began a campaign entitled, “Vision to Victory.”

Father Tandoh confessed he was not entirely convinced it would work. He reflected how the project actually, “ran the risk of tearing our community apart.” He even lamented how he felt very much crucified – not by the people, but by the process. He believed the new church would one day be a great blessing, and when the Lord calls us to build something, there will always be obstacles and there must be sacrifices.

The community chose to do a number of things that helped move them forward toward the goal. First, in 2004, on the Feast of the Presentation, the community held a groundbreaking ceremony on the site of the future church. Next, they established a committee to identify a name for the new church. Despite the fact that the initial list included names from the previous parishes, the committee settled on the name Simon the Cyrene, only to be told by Rome that a church must be named for a proper saint.

After a great deal of prayer, research and catechesis, the community decided to place itself under the patronage of St. Benedict the Moor. St. Benedict was the son of African slaves who had been taken to a small town near Messina, Sicily. Benedict was freed on the day of his birth because of his parents’ loyal service.

Benedict, at age 21, was publicly insulted for the color of his skin. His name stems from his Italian heritage where, “il Moro” (the Moor) means “the dark.” His patient response was witnessed by a local hermit who led a community of men living under the Rule of St. Francis of Assisi. Benedict was asked to join them. Later, he joined the Franciscan Order of the Friars Minor.

Recognized as a patron saint of African Americans, Benedict was particularly noted for his advancement in the spiritual life. Under his patronage, this West Dayton Church has continued to grow and prosper as a faith community.

Today, one of the greatest contributions to West Dayton, is the Benedict the Moor Catholic School. It provides education to students who live in West Dayton, a population where many live below the poverty line. It survives through numerous grants, contributions from donors and the generous tithes and prayers of parishioners.

The school’s missionary element stems from the fact that of its more than 170 students, only five are Catholic. Nonetheless, all the students participate in spiritual formation in the Catholic tradition. The focus, according to Father Tandoh, “is to form the whole human person.” “Faith,” he added, “is the center of the academic process. Math, science, humanities, these are from God, and they are intended to be used to serve God.”

The other contribution of the school, according to the parish’s deacon candidate, Victor Obasuyi, is that “it serves as the centerpiece of evangelization.” There are a number of outreach efforts through the school, such as movie nights and social justice initiatives which address the needs of the local community. Through these contributions, parents and grandparents of the students of St. Benedict Catholic School are being invited to deepen their encounter with Christ. Obasuyi explained, “If we first meet the social and material needs of the local community, we can speak to them about Christ.” 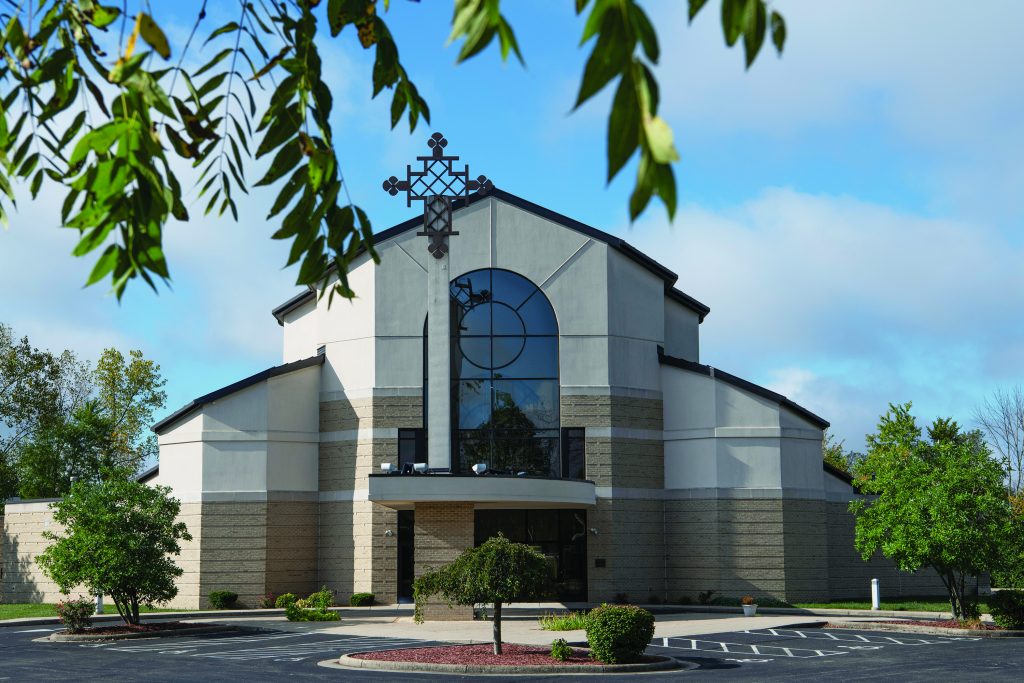