St. James of the Valley School to close

Archbishop Dennis M. Schnurr accepted a joint recommendation from the parish pastor, the parish council, the parish finance committee, and Catholic Schools Office of the archdiocese that the school close.

“We are very saddened that this decision was necessary,” said Jim Rigg, superintendent of Catholic schools. “St. James of the Valley is an excellent school with a proud tradition. However, the financial pressures facing the parish and school are immense. Our office has been working with the school for the past several months, and we considered every conceivable possibility for the school’s future. However, in the end, there seemed no other option other than closure.”

Because of a decline in the number of students, St. James School has operated at a substantial deficit for several years, causing the parish to have a deficit as well. Enrollment has fallen from 183 students in 2010 to 146 students in the current year. Of that number, only 43 students from 19 families are parishioners of St. James. The school deficit is expected to exceed $300,000 for 2014-2015. The parish currently has about $200,000 in reserves.

School parents and parishioners were informed earlier this year that the school was in danger of closing. Since that time, the parish has made appeals and raised money to keep the school open, but those efforts were ultimately not able to successfully close the gap needed to continue next year. Father Chris Coleman, who became the pastor in July 2014, will address parishioners at all Masses during the weekend of March 14 and 15.

St. James of the Valley School to close 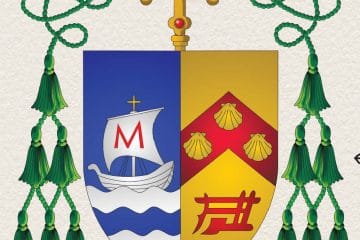