A few weeks ago, my family joined the Bicentennial Marian Pilgrimage that took place across the Archdiocese of Cincinnati throughout May and June. It was one of the most beautiful spiritual experiences of our lives. We walked, we laughed, we sang, we prayed and we got REALLY tired. All the while, we carried the prayer intentions of many friends and family members with us and became firsthand witnesses of God’s grace in action. It is no wonder that, for centuries, Catholics have been participating in pilgrimages all over the world! After such an amazing experience, we wanted to celebrate the patron of all pilgrims, St. James the Greater, whose feast day is July 25.

St. James was a cousin of Jesus and one of the sons of Zebedee. He and his brother, John, were fishermen and he was one of the first to be called by Jesus to become an apostle. Throughout his time as a follower of Jesus, James was outspoken and, on more than one occasion, he asked to be given a place of honor among the group. Jesus had to rebuke James and teach him to be a servant of all and be willing to die in order to truly live. Perhaps this is the reason Jesus also chose James to be one of the few apostles to witness His transfiguration and His agony in the garden of Gethsemane.

Following the day of Pentecost, James’s zeal for the gospel led him to leave Jerusalem and travel to the region of modern-day Spain. There, he proclaimed the Good News and converted many to Christianity. Upon his return to Jerusalem, in 44 AD, James was beheaded by King Herod Agrippa I for continuing to spread the teachings of Jesus. Eventually, his body was laid to rest in Spain. Every year, hundreds of thousands of people go on pilgrimage to venerate his relics and be inspired by this saint who truly learned what it meant to be a follower of Jesus.

The life of St. James reminds us all that in order to follow Jesus, we must humble ourselves and be ready to serve the Lord in whatever way He asks. We cannot demand positions of authority or beg for the admiration of others. Rather, we must remember that we are merely pilgrims on a journey, and that journey will allow Jesus to use us in the way He requests. This journey is long. It takes time spent with Jesus in prayer. And sometimes, it takes miles on your feet. St. James the Greater, pray for us.

To honor St. James this month, we are making a traditional cake found along the Camino in Spain. 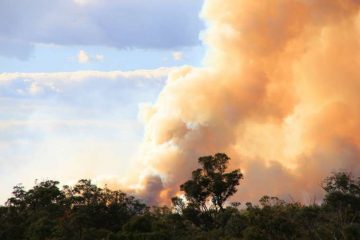