A Mass at St. Leo the Great Catholic Church sometimes looks more like a UN meeting than anything else. A congregation that is 90 percent refugees and immigrants from East Africa and Guatemala gives it a special flavor and special needs that were served recently by a special group of missionaries from a parish in northern Ohio.

During the week of July 22, St. Leo the Great welcomed a group of 24 men and women from St. Joseph Catholic Church in Strongsville for a week of manual labor, prayer, and growth.

“It’s not just about having fun while we paint or do yard work,” said Mission of Hope Ministry coordinator Kathy McConnaughy. “We have daily Mass and make sure our service has faith intertwined with it.”

St. Leo has embraced the refugees who are placed in Cincinnati by Catholic Charities of Southwestern Ohio and has grown into an international mission church. They also serve the great number of Guatemalans who have immigrated to the Cincinnati area. St. Leo will soon be welcoming brothers and sisters from the Democratic Republic of Congo, which borders Burundi to the west.

As St. Leo has adapted to serving refugees and immigrants, they prioritize feeding and clothing their congregation over applying fresh paint to walls.

“We are a mission parish and we are in great need,” said Casey Betz, St. Leo’s development director. “We appreciate any help or donations or manual labor we can get.”

The refugees from the country Burundi, on the continent of Africa, have been displaced from their homes by the political turmoil of the 1972 and 1993 Hutu and Tutsi conflicts in their home country and in Rwanda.

Catholic Charities has been working on placing refugees within the United States when they cannot return home for fear of death.

The Mission of HOPE Ministry from St. Joseph Church has been serving those less fortunate on mission trips for several years including traveling to New Orleans to contribute to the ongoing disaster relief from Hurricane Katrina.

Their group is multigenerational. The oldest team member was Joan Selby at 76, and the youngest was Kevin Lawler, age 12.

For the week, the MOH team worked on five different projects including repairing and replacing broken tiles on the floor of the church and properly ventilating the confessional in the church. Other projects included building a space for prayer in front of a statue of the Blessed Mother in the church’s garden and repainting the statue.

The group painted the rooms of the house next to the church. “The house used to be a convent at one point in time,” said Betz. “But now we’re not sure how to best use it, we’re still considering all options.”

They also repaired a cracked wall next to the church’s prayer wall outside that has saints’ names written on it.

In addition to manual labor, MOH brought donated toiletries and cleaning supplies for parishioners and community members. These items are most often requested because they are not covered by the federal food stamp program.

The theme of this week’s mission trip was ‘The Eucharist’. “We are the body of Christ, broken for the world,” said McConnaughy. “We are responding to the call of the Gospel and learning a lesson of discipleship.”

The MOH group also learned about the diversity of St. Leo by having speakers visit to share about Burundi and Guatemalan culture.

Perfection possible, but not on our own

Catholic at Home: Pouring Ourselves into Others 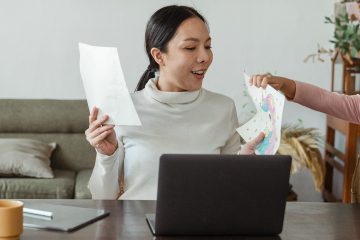