Black Catholic History Month is important because it is a time to celebrate and learn about how God has reached so many people in the African-American community and how those people were changed by Him. One way we can learn about this ourselves is by looking back at slavery times. During slavery, Blacks were treated not as equal, individual people, but as property to white people. It was even believed that a slave counted as 3/4 of a person. Families, friends and lovers of [Black people] were separated because they were either sold or killed in different parts of the United States. Slavery was an extremely dark time for African- Americans, and it seemed almost impossible to escape from that. However, God proves through slaves that nothing is impossible with Him.

Take Harriet Tubman for example. Harriet was a godly Black woman because she prayed to God, believed in Him, and trusted Him through slavery times. Because she was on fire for the Lord, she became fearless when she helped more than 300 Black people escape slavery during her 19 trips through the Underground Railroad. She is often compared to Moses because of this. Like Harriet, Moses was also a godly person who helped free his own people from slavery. From this, we can learn that Black Catholic History Month is important because we celebrate that God can help us through our hard times and allow us to do the impossible only if we believe in Him.

Black Catholic History is important to me because it gives me the opportunity to relate the suffering I feel to the suffering I read about people who look like me. Knowing that there are people in the Bible who know what it is like to experience the kind of misfortune that I try to avoid in life is a comfort to me and others like myself. Celebrating Black history in Catholicism is important because it allows for other Black people to feel more connected to Catholicism, and not like something that is not a part of their own culture.

St. Nicholas is Coming to the Shrine! 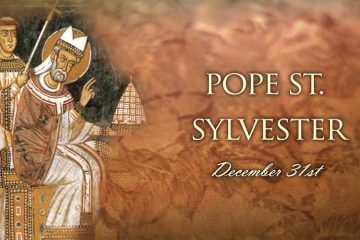