Aboard the papal plane, Jun 29, 2020 / 09:07 am MT (CNA).- The Supreme Court delivered two decisions Monday on cases concerning life issues. Among a total of three decisions issued by the court June 29, justices overturned a Louisiana state law seeking to hold abortion clinics to the same standards as other surgical centers.

In a 5-4 decision authored by Justice Stephen Breyer, with Chief Justice Roberts filing a concurring opinion, the court found that the state’s law requiring abortion doctors to have admitting privileges at a local hospital posed substantial obstacles to a woman’s access to abortion, without significant benefits to the safety of women. Having been initially blocked on appeal by a district court, the law was upheld by the 5th Circuit Court of Appeals in 2019.

Breyer wrote that the state’s law was “almost word-for-word identical to Texas’ admitting-privileges law” that the Court ruled against in 2016.

The district court’s original ruling was correct to affirm that Louisiana’s “admitting privileges regulation offers no significant health benefit,” Breyer wrote, as well as its finding that the regulations “have made and will continue to make it impossible for abortion providers” to do so, thus putting “a substantial obstacle in the path of women seeking an abortion.”

Chief Justice John Roberts, who sided with the majority, said that abortion clinics did have standing to appeal the law on behalf of women in the state, despite having separate interests in seeing the law overturned. At issue in the case was whether the law, enacted in June of 2014, imposed an undue burden on women seeking an abortion in the state.

Abortion providers argued that the Louisiana law imposed substantially the same restrictions and burdens on women as did the Texas law, which was also rejected by the court. The Louisiana law required that abortion clinics adhere to the same standards as other surgical clinics in the state and required that doctors practicing at abortion clinics have admitting privileges at a nearby hospital. The law would have prevented five of the six doctors in the state who perform abortions from practicing, and would have forced the closure of two of the state’s three abortion clinics. Hope Medical Clinic, an abortion provider, and two abortion doctors sued against the law.

Louisiana’s Unsafe Abortion Protection Act was enacted in a bipartisan effort, authored by pro-life Democratic Rep. Katrina Jackson, now a state senator, and signed into law by then-governor Bobby Jindal, a Republican. It required abortion doctors to have admitting privileges at a hospital within 30 miles of a clinic.

The state’s current governor, John Bel Edwards (D), campaigned on a pro-life platform leading up to his election in 2015 and signed a bill to ban abortion in the state upon the detection of a fetal heartbeat, in advance of his 2019 re-election.

Although the Supreme Court heard a similar case of Texas’ safety regulations of clinics in 2016 in Whole Woman’s Health v. Hellerstedt, the Fifth Circuit appeals court that upheld Louisiana’s law pointed out significant differences in the two cases. Fifth Circuit judges said that the law “does not impose a substantial burden on a large fraction of women” as Texas’ law did, and “passes muster” of the court’s 2016 decision.

Chief Justice Roberts, in his concurrence, said that Louisiana’s law imposed restrictions “just as severe” as those of Texas’ law struck down by the court in 2016. Thus, according to the “legal doctrine of stare decisis,” he said, Louisiana’s law “cannot stand” because of the court’s previous ruling in 2016.

Roberts, however, dissented from that 2016 ruling against the Texas law. He joined the dissent of Justice Clarence Thomas which criticized “the Court’s troubling tendency ‘to bend the rules when any effort to limit abortion, or even to speak in opposition to abortion, is at issue.’”

The court also ruled Monday on a case involving USAID, the federal government’s overseas aid agency. In that case, the agency had required foreign affiliates of humanitarian organizations to have policies opposing prostitution and sex trafficking as a condition of receiving U.S. funding to fight HIV/AIDS, Tuberculosis, and Malaria.

The foreign organizations challenged the USAID regulation, saying it violated their free speech. Pro-life groups had expressed concern that, if the court sided with the objecting groups and issued a broad ruling, pro-life regulations could be threatened such as the Mexico City Policy, which prohibits U.S. funding of overseas groups that perform or promote abortions.

However, the court on Monday ruled in a 5-3 decision that USAID’s requirement was not a free speech violation as the foreign affiliates have no First Amendment rights.

Also on Monday, the court rejected an appeal from four federal inmates seeking to block their executions. Attorney General Bill Barr announced the planned resumption of executions last year, and they are now free to proceed, with three scheduled for July 13. They will be the first federal executions since 2003, ending an informal 17-year moratorium on the practice at the federal level.

The four inmates have all been convicted of multiple murders, including of children.

Today's Video: Father Casey Cole looks back at his first year as priest 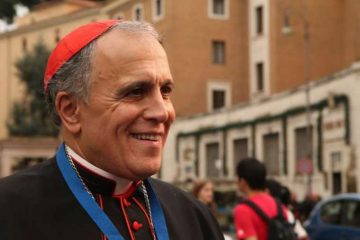