VATICAN CITY — Although the public is given glimpses of what happens inside the Catholic Church’s world Synod of Bishops, the meetings themselves take place behind closed doors.

Celebrating its 50th anniversary this year, the Synod of Bishops has been the object of a continual hunt to balance creating a protected space where bishops could speak freely — something that was especially important a couple of decades ago when some members came from Soviet-bloc countries — with letting Catholics at home know that their bishops were working prayerfully and seriously on issues they, too, would find important.

As a theologian, bishop and then-prefect of the Congregation for the Doctrine of the Faith, Pope Benedict XVI had attended 15 of the 20 general, special and regional synod assemblies held between 1965 and his election as pope in 2005. One of the first things he did as pope was to institute an hour of “free discussion” at the end of the synod’s evening session each day. Unfortunately, several synod members said, some synod participants insist on reading a text there, too, basically giving themselves the chance to make two formal speeches.

Because the number of bishops in the world — and at the synods — continues to grow, the amount of time they are given for speeches to the assembly has been reduced. Prior to 2005, they each had eight minutes. For the 2008 synod, it was reduced to five minutes. This year it has been slashed to three minutes.

The three-minute limit means that the full texts are often shorter than the speech summaries the Vatican used to hand out. With the extraordinary synod on the family last year, the Vatican stopped distributing summaries.

But this year, Cardinal Baldisseri announced, synod participants are free to give interviews and to distribute or publish the complete texts of their speeches. However, it seemed most participants were not aware of the change and, of the first 72 speeches at the synod, only a dribble of texts found their way into the public sphere during the synod’s first week.

Archbishop Paul-Andre Durocher of Gatineau, Quebec, published his text on his French-language blog, “Chant et Marche.” The bishops’ conference of Belgium was releasing the texts of Belgian bishops.

The archbishop said that while part of the synod working document “did a good job” describing the modern family, overall “the text engenders a subtle hopelessness. This leads to a spirit of compromise with certain sinful patterns of life and (to) the reduction of Christian truths about marriage and sexuality to a set of beautiful ideals — which then leads to surrendering the redemptive mission of the church.”

He urged the synod to affirm church teaching on marriage, sexuality and the family and demonstrate confidence in “the transformative power of grace and the ability of people to actually live what the church believes.”

“We need to call people to perseverance in grace and to trust in the greatness God intended for them — not confirm them in their errors,” Archbishop Chaput told the synod. “Marriage embodies Christian hope –- hope made flesh and sealed permanently in the love of a man and a woman. This synod needs to preach that truth more clearly with the radical passion of the cross and Resurrection.”

The bishops are pastors called to guide the church, he said, but to do that they must first be disciples, who “listen with gratitude, humility, and openness to God’s Word, particularly His Incarnate Word, Jesus.”

“The starting point of the synod,” Cardinal Dolan said, “must be what God has revealed to us about marriage and the family: that one man and one woman, united in lifelong, life-giving, faithful love, eager for God’s gift of babies, raised with tenderness in the sacred ‘communio’ of the family, is the premier relationship of this life, so holy that it reflects the interior love of Father, Son, and Holy Spirit in the Most Blessed Trinity.”

The goal of the synod, he said, is “to defend, support, sustain, renew and restore that noble nature of marriage and family as God intended ‘from the beginning.'”

The German bishops’ conference posted on its website Oct. 8 the text of Archbishop Heiner Koch of Berlin.

He spoke of the large number of couples who live together without marriage because they do not see it as important and of the need to give special attention to couples in which one spouse is Catholic and the other Protestant.

On the question of the treatment of divorced Catholics and particularly the discussion about the possibility of allowing divorced and civilly remarried Catholics to receive Communion, Archbishop Koch said most people he speaks with do not understand the church’s teaching; they see it as a matter of charity and mercy, not as a defense of the indissolubility of marriage.

Archbishop Koch said he hoped the synod and Pope Francis would find a new way to speak about marriage and family life, one that highlights what a blessing it is and how it helps people reach fulfillment and experience God’s love.

“We must not give the impression,” he said, that the synod spent most of its time quarreling about “the conditions for admission to the sacraments.”

Pope's prison visit should have broad impact, says sister who teaches there

Pope Francis names religious sister, priest as under-secretaries of the Synod of Bishops

Jesus’ disciples are called to lead without lecturing, pope says 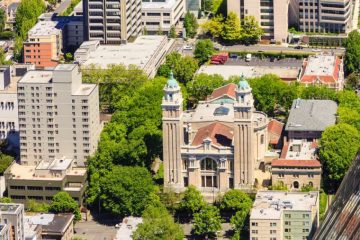