August 16, 2022 The Catholic Telegraph
Home»Commentary»The Ascension of the Lord
Commentary

This Sunday we celebrate the Ascension of the Lord, Jesus’ return to the Father 40 days after His death and resurrection. This return concludes the time during which Jesus appeared to His disciples after His resurrection, and marks the end of His earthly life and ministry.

The reading from the Gospel according to Luke, which is the end of that Gospel, tells the story of Jesus’ ascension. Jesus taught His disciples that His death and resurrection and preaching of repentance in His name to all the nations had been foretold in Scripture. Jesus told them that they were witnesses of these things, and that they should stay in Jerusalem until they were clothed with power from on high. Then He led them out to Bethany, blessed them and was taken up to heaven.

The reading from the Acts of the Apostles also tells the story of Jesus’ ascension, a version that is more familiar to us. This reading is the beginning of the Acts of the Apostles, which is a continuation of the Gospel according to Luke. Acts begins by summarizing the Gospel, which is referred to as “the first book.” In the Gospel the author narrated “all that Jesus did and taught until the day he was taken up.” The author then repeats his account of Jesus’ final instructions to His disciples and His ascension.

The account in Acts adds many details to the Gospel’s account of these things.According to Acts, between His resurrection and ascension Jesus presented himself alive to His disciples “by many proofs.” Jesus told them that the power they would receive from on high was the Holy Spirit. And Jesus told His disciples they would be His witnesses first in Jerusalem, then throughout Judea and Samaria, and finally to the ends of the earth.

The remainder of Acts shows how the disciples fulfilled that mission. When Jesus ascended, a cloud removed Him from His disciples’ sight. Two men dressed in white suddenly stood next to them and told the disciples that Jesus will return from heaven in the same way they have seen Him go to heaven. This second coming of Jesus will be the conclusion of human history and the completion of the salvation accomplished by Jesus.

The reading from the Letter of St. Paul to the Ephesians also speaks of Jesus’ ascension but does not describe the event. The reading speaks of God’s raising Jesus from the dead and seating Jesus at God’s right hand. At His ascension Jesus took His seat at God’s right hand and began to share God’s rule over the universe. He is above all the spiritual powers of the universe, “every principality, authority, power, and dominion,” both now and in the age to come that will follow Jesus’ second coming. God has put all things beneath His feet. In union with God, Jesus now directs the course of the universe.

It is not obvious that Jesus has ascended, or that He now rules the universe. This is why the author of Ephesians prays for Christians that God will give us “a Spirit of wisdom and revelation.” He asks that the eyes of our “hearts be enlightened” so that we will know what God has done in Christ and the future God has planned for us. 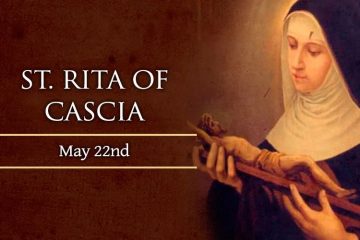