A Memorial Mass for Teri Lynn Catalano, a staff member of the pastoral services department for the Archdiocese of Cincinnati, will be held May 15 at St. Mary Church in Aurora, Ind.

Catalano, 57, died May 7 at St. Elizabeth Hospice in Edgewood, Ky., after a 15-year battle with cancer.

A native of Georgetown, Catalano graduated from Amelia High School and attended the University of Cincinnati. She was an active member of St. Mary Parish, organizing retreats, plays, volunteer activities and other events for the youth of the parish. Catalano had been employed by the archdiocese since January 2008. She also owned a floral shop.

She is survived by a sister, Mickey, and daughters, Lori and Keli.

A Mass of Christian Burial for Sister of Charity of Cincinnati Helen Seton Graves was celebrated May 6 in the Immaculate Conception Chapel at the congregation’s motherhouse in Cincinnati. Sister Helen Seton, 79, died May 3 at Mother Margaret Hall.

A native of Sterling, Colo., Sister Helen Seton earned a bachelor of science degree in education from the College of Mount St. Joseph. She entered religious life in 1948 and was a Sister of Charity for 61 years, serving in education, medical records and pastoral care.

Sister Helen Seton began her 33 years in education as a teacher at St. Rita School for the Deaf. She moved west in 1955, serving at various schools in Colorado and New Mexico. She went on to work in medical records in hospitals in those states.

Sister Helen Seton returned to Cincinnati in 1986 and resumed teaching elementary students the following year at St. Francis Seraph and then Gressle School in Norwood. In 1990 she enrolled in the clinical pastoral education (program at Bethesda Hospital, and began serving in pastoral care at Mother Margaret Hall nursing facility in 1996.

Sister Helen Seton retired to the Sisters of Charity of Cincinnati ministry of prayer in 1998.

A Mass of Christian Burial for Franciscan Sister Jean Wolf was celebrated May 3 at the motherhouse chapel of the Sisters of St. Francis, Oldenburg, Ind. Sister Jean, 89, died April 30 at St. Clare Hall, the congregation’s healthcare facility.

A native of Evansville, Ind., Sister Jean entered the Oldenburg Franciscan community in 1944 and professed her final vows in 1950.

Sister Jean was a dedicated elementary school teacher, principal and organist for 36 years, ministering at Our Lady of Victory, Our Lady of Perpetual Help, St. Pius and St. Aloysius parishs, all in the Cincinnati area. She also taught in Indiana and Illinois.

From 1982 to 2004 Sister Jean served as chaplain for St. Mary’s Medical Center in Evansville and volunteered at St. Vincent’s Food Pantry. In 2004 she returned to the Oldenburg motherhouse, where she spent semi-retirement serving as the convent chapel sacristan.

Sister Jean is survived by two sisters, Isabelle Bittner and Estelle Schneider, and a brother, Charles. Interment was in the motherhouse cemetery.

A Memorial Mass for Ursuline Sister Ursula Hausfeld will be held at Sacred Heart Chapel, Ursuline Center, in St. Martin on May 22. Sister Ursula, 88, died May 2 at Mount Notre Dame Health Center.

She later taught high school business and religion and spent eight years as the chairperson of the business department at Carroll High School in Dayton. Eventually she was named director of financial aid and registrar at Chatfield College in St. Martin.

Upon her retirement Sister Ursula taught at the Fairmount Adult Education Center and volunteered as a teacher for inmates at the Hamilton County Justice Center.

Sister Ursula donated her body to the University of Cincinnati Medical Center.

She is survived by her sisters, Carmelita Duckro and Colette Habercorn, and her brothers, Cletus, Bernard, Robert, Eugene and Jerome. 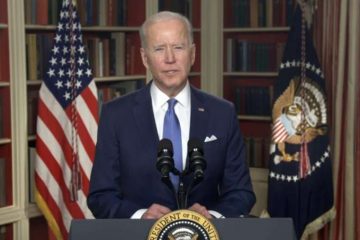