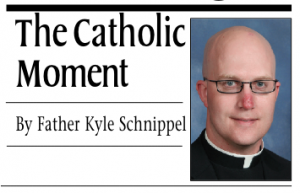 As the first days of Pope Francis’ term of office dawned, there was a great deal of excitement about who this stranger from a far land was, what is going to be his main focus, what new initiatives will he bring to the life of the church?

The research started as the curtains closed behind him and he returned to Basilica after his initial appearance.  What has he written?  What has he done?  What images are out there?  The group I was with knew next to nothing about him, so we all had our homework to do!

As the image of the man who was chosen to become Pope Francis slowly emerged, it revealed quite the enigmatic figure emerged. He is famed for his humility; as one of his fellow Argentineans remarked: ‘This is a pope of the slums!’  He is noted for his love of the poor, as noted by his claiming the patronage of St. Francis of Assisi for his pontificate. One Holy Thursday, he washed the feet of 12 AIDS patients in Buenos Aires.  As Cardinal Archbishop of the same city, he rode the city bus to work instead of accepting a chauffeured ride.

Despite these tender images, he appears to be no soft shoe.  He vigorously defended traditional marriage in his native land.  He called for politicians who publicly dissented from church teaching to refrain from receiving holy Communion. He railed against priests who refused to baptize children born to single mothers.  In short, he is certainly his own man and is unafraid to take on the challenges that he sees laying before him.

So, how do we understand this man?  What are his motivations?  In his initial address to the cardinals the day after he was elected to the Chair of Peter, he lays it out and it is seen in the testimony of his life prior to becoming Holy Father — a relationship with Christ.

Simply, his motivation is the love of Christ in this world, found in the church, in the poor, and in those most in need.

If Blessed John Paul II introduced us to the dynamism of a living relationship with Christ and Pope Benedict XVI pointed us to contemplate the face of Christ, perhaps it will fall to Pope Francis to show us what it means to live that relationship in the face of a complex world.

Therefore, we might all be able to learn from his humble example and be motivated by the love of Christ, always and everywhere.

In his initial address to the cardinals, Pope Francis remarked on this, stating that unless we are motivated as true disciples of Christ, then we are simply the pope, a bishop, priest, or lay person in the church and the church becomes something less than just a typical non-governmental charitable organization.

Certainly, our efforts and ministries can be very good and very effective even if not motivated by the love of Christ, but when we offer all that we are first to Christ and let the grace of His love flow in all that we say and do, then our efforts bear fruit that is not from us, but from Him.  Then, truly, we are missionaries into our world.  Then we act as disciples of the Risen Lord.  Might the humility and example of our new Holy Father Francis inspire to carry the Gospel to all corners of our world!

Catholic Thoughts: Taste and See, Aquire a taste for Jesus