By CNA Staff CNA Staff, Mar 2, 2021 / 06:30 pm MT (CNA).- The tradition of reflecting on the last words of Christ from the cross is a Good Friday practice popular in many places across the globe.

Similar devotions were present in Italy and England. The practice later spread to the rest of the Americas and Europe.

Christ spoke seven times during his crucifixion. Catholic commenters have found these sayings to have profound depth and meaning for the Christian life.

Among his last words, Christ showed mercy on those who crucified him, saying, “Father forgive them for they know not what they do,” and told the criminal crucified on his right, “Today you will be with me in Paradise.”

He also spoke to his mother, Mary, and his disciple, John, who were standing near the cross, saying, “Woman, behold, your son” and “Behold, your mother.”

Commenting on the last seven words of Christ, Fr. Donato Jiménez explained to ACI Prensa, CNA’s Spanish language news partner, that the words of Christ represent the culmination of all his redemptive work: Christ surrenders himself to the Father knowing that his mission has concluded and with full confidence that he will rise again on the third day.

This article was originally published by our sister agency, ACI Prensa. It has been translated and adapted by CNA.

How to obtain a plenary indulgence during Holy Week

Pope Francis prays for a renewal of the Sacrament of Reconciliation 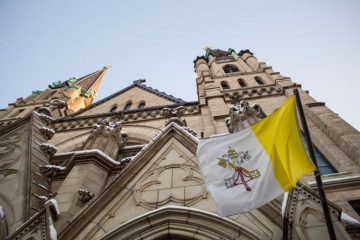