Traditionally, the beginning of the order of deacons is traced back to the story in Acts of the Apostles, Acts 6: 1-6.

Whether this pertains to the history of the ordained order of deacons as they developed in the early centuries of the church is in dispute, but it is very much in the spirit in which the diaconate was and has been understood ever since.

Diaconate rises with early church
Very early in the history of the church, deacons were understood to hold a special place in the community, along with bishops and presbyters. The role of all ordained ministries is to be modeled on the life of Christ, and that of deacons especially was, and still is, that of Christ the servant. Perhaps the earliest reference to deacons in this sense occurs in St. Paul’s letter to the Philippians in which he addresses “all the saints in Christ Jesus who are at Philippi, with the bishops and deacons.”

However, it would be a mistake to interpret the servant role too literally as one of “waiting on tables.” One of the seven first deacons, Stephen, was stoned to death because of his bold preaching of the Gospel (Acts 6: 8-15, 7: 54-60). He is the first recognized martyr of the church, and his feast day is celebrated on Dec. 26. Of the remaining seven, those of whom we have historical knowledge, it is clear that their ministry also quickly broadened to preaching and spreading the Gospel message.

Deacon as bishop’s “right hand man”
The deacon became the eyes and ears of the bishop, his “right hand man.” The bishop’s principal assistant became known as the “archdeacon” and was often charged with heavy responsibilities, especially in the financial administration of the local church, above all in distribution of funds and goods to the poor. One measure of the importance of the deacon in the early church is the number of deacons elected pope in the early Middle Ages. Of the 37 men elected pope between 432 and 684 A.D., only three are known to have been ordained to the priesthood before their election to the Chair of Peter. (Llewellyn)

During the first Christian millennium deacons undertook, as the bishops’ assistants, the functions that are today those of the vicar general, the judicial vicar, the vicar capitular, the cathedral chapter and the oeconome, or finance officer. In current canon law these are almost exclusively priests’ functions. (Galles)

Vatican II cited this “not unto the priesthood, but unto the ministry” in the Dogmatic Constitution on the Church,“Lumen Gentium” (“Light for the Nations”). Thus it was understood that deacons were ordained not for any specific set of duties for serving the needy, but to serve the bishop in whatever set of duties he would determine. The circumstances today are, of course, far different than in the early church.

Diaconate declines, unique value masked
Beginning as early as the fifth century, there was a gradual decline in the permanent diaconate in the Latin church, although it remained, right to the present, a vital part of the Eastern churches, both Catholic and Orthodox. One important factor was simply a failure on the part of both presbyters and deacons to understand the unique value of the diaconate as a distinct order in its own right.

Deacons with too much power were often self-important and proud. Presbyters, on their part, were resentful at the fact that often deacons had power over them.

St. Jerome demanded to know why deacons had so much power – “After all, deacons could not preside at Eucharist, and presbyters were really the same as bishops.”

Then, in 1972, Paul VI, following the direction of Vatican II, issued the apostolic letter “Ministeria Quaedam,” (“On Certain Ministries:”) which realigned these things for the Latin Rite. Now a person becomes a cleric through sacramental ordination as a deacon; This was a change to a pattern of more than 1,000 years standing. That left only two orders, both sacraments, from the old schema.  Since Vatican II itself had taught about the sacramental nature of the bishop, the Church resulted in the three-fold ordained ministry known today, all of which are conferred by ordination and all of which confer a sacramental “character.”

Early renewal effortsderailed by history
Efforts at renewal of the diaconate as a permanent and separate order came as early as the Council of Trent, which suggested this as part of the reform measures. The problem was, the implementation was left to the popes, and none saw fit to implement this until Paul VI and the Second Vatican Council. Modern movements toward restoration of the diaconate as a permanent order began as early as the middle of the 19th century, although most trace it to discussions by priests in concentration camps of the Nazis during World War II. These priests pondered the nature of the Church after the war, and suggested restoring deacons as an order devoted to service of the church and its people.

The time finally came during deliberations of the Second Vatican Council in 1963, calling for restoration of the diaconate as a permanent level of Holy Orders. In June 1967 Pope Paul VI implemented this decree of the Council when he published the apostolic letter “Sacrum Diaconatus Ordinem” (“The Sacred Order of the Diaconate”) in which he re-established the permanent diaconate in the Latin Church.

The Council in its Dogmatic Constitution on the Church (Lumen Gentium) returns to the roots of the diaconate which we have previously discussed, roots going back to the New Testament and the early church Fathers:

At a lower level of the hierarchy are deacons, upon whom hands are imposed “not unto the priesthood, but unto a ministry of service.” For strengthened by sacramental grace, in communion with the bishop and his group of priests they serve in the diaconate of the liturgy, of the word, and of charity to the people of God.

The diaconate comes to the archdiocese

The permanent diaconate has proved to be a resounding success, growing at an astounding rate throughout the world, but nowhere so much as here in the United States.

The permanent diaconate in the archdiocese by the numbers:

The Archdiocese of Cincinnati has ordained permanent deacons since 1976 and has more than 200 ordained men serving God’s people. There are now 220 permanent deacons in the archdiocese: 158 are active, 54 have been granted senior status, retaining their faculties; and eight are inactive. Of those ordained since 1976, 83 are deceased.

The program remains popular in the archdiocese with 17 men currently in the three-year formation program, working toward ordination in April 2019.

A look at the Diaconate Ordination 2022 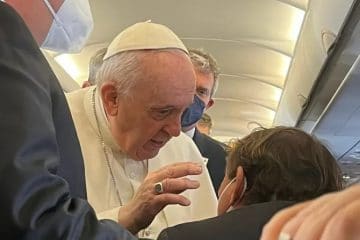