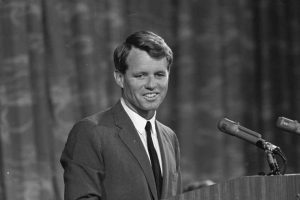 “After Kennedy was shot at the Ambassador Hotel in Los Angeles, many supporters got down on their knees and prayed the rosary. A famous picture from the time shows a busboy, Juan Romero, pressing rosary beads into Kennedy’s hands in the kitchen of the hotel. Imagine Catholics doing that today,” Mark Stricherz, political reporter and author of the 2007 book Why the Democrats are Blue, told CNA.

Kennedy’s own life had similar devotion. He was born the seventh of nine children to Joseph and Rosemary Kennedy in Brookline, Mass. After serving in the Navy during the Second World War, he married Ethel Skakel, with whom he would have eleven children – the last of whom was yet unborn at the time of his death.

Kennedy was often considered one of the more devout Kennedy brothers, with his house full of devotionals, bibles, and crucifixes, and regular prayer with his wife and children. He served as an altar boy as a young man and even at points during his career of public service, biographer Larry Tye said in his 2017 book Bobby Kennedy: The Making of a Liberal Icon.

Kennedy’s life also included some clashes with clerics, including an argument as a student with controversial Harvard Catholic chaplain Father Leonard Feeney.

In 1952 he served as manager for his brother John F. Kennedy’s U.S. Senate run. He was a Senate subcommittee staffer under U.S. Sen. Joseph McCarthy and would later write a report critical of his approach to anti-communism, according to the John F. Kennedy Presidential Library and Museum.

Kennedy entered the 1968 presidential race in mid-March, an event which may well have prompted President Lyndon Johnson’s announcement two week later that he would not seek re-election. Facing a primary foe in U.S. Sen. Eugene McCarthy, his campaign featured labor outreach to leaders such as Cesar Chavez and to African-American leaders such as Martin Luther King, Jr., despite his previous tensions with the Kennedy family.

For Stricherz, Kennedy’s 1968 electoral coalition was unique. He focused on working-class whites and blacks, which the senator called a “black-blue” or “have-not” coalition.

With the possible exception of Jimmy Carter’s 1976 victory, Stricherz told CNA, “no politician has pulled off that cross-racial, populist alliance of supporters.”

“To be sure, Bobby benefited politically from the death of his brother John, whom the country was still mourning. 1968 was a crazy year and many voters wanted a return to the stability of the early 1960s.”

Much like his president brother, Kennedy’s death with his life seemingly unfulfilled made him an object for the hopes of many who wanted a different path through the late 1960s and 1970s on war, race relations, and poverty.

It is possible the assassination changed the course of the country on abortion, Stricherz suggested. “Kennedy’s stand on the sexual revolution is unknowable,” he said.

“Social conservatives have said a 1964 meeting he attended would have made him a supporter of abortion rights. But his sister Eunice was an unquestioned pro-life supporter who participated in the last great push to move the Democratic Party away from its abortion-rights stance in 1992. And Kennedy was the father of 11 children.”

Stricherz also doubted some depictions of Kennedy as a pioneer on racial justice.

“One reason President Johnson despised Bobby was he was ‘all hat no cattle’ on racial issues,” he said. “While Johnson passed more legislation to help blacks than any president, Kennedy made speeches. That said, no political candidate, not even President Obama, has attracted the adulation from black crowds that Kennedy did in 1968. But Kennedy sought to balance the interests of blacks and his white constituents. In a debate before the California primary in June 1968, Kennedy and McCarthy differed on the extent to which the federal government should support racial integration in housing.”

However, Kennedy’s April 4, 1968 remarks in Indianapolis upon the assassination of Martin Luther King, Jr. are sometimes credited with redirecting tension and anger over the killing. Indianapolis was among the few major cities to be spared riots in the wake of the killing.AssassiRFK

“Martin Luther King dedicated his life to love and to justice for his fellow human beings, and he died because of that effort,” Kennedy said in an African-American neighborhood that night.

“For those of you who are black – considering the evidence there evidently is that there were white people responsible – you can be filled with bitterness, with hatred, and a desire for revenge. We can move in that direction as a country, in great polarization, black people amongst black, white people amongst white, filled with hatred toward one another. Or we can make an effort, as Martin Luther King did, to understand and to comprehend, and to replace that violence, that stain of bloodshed that has spread across our land, with an effort to understand with compassion and love.”

“For those of you who are black and are tempted to be filled with hatred and distrust at the injustice of such an act, against all white people, I can only say that I feel in my own heart the same kind of feeling,” Kennedy said. “I had a member of my family killed, but he was killed by a white man.”

Just months later Kennedy too would be fatally shot. His assailant, Sirhan Sirhan, a Palestinian Arab from a Christian background, was angered over Kennedy’s support for Israel.

Juan Romero, a 17-year-old Mexican busboy in the Ambassador Hotel, was shaking hands with the senator as he was shot. Romero cradled the wounded Kennedy in his arms on the floor of a hotel kitchen. He put his own rosary into Kennedy’s hands.

Kennedy lingered for about a day. He died early the morning of June 6, 2018 in the presence of his wife Ethel, two of his sisters, and a brother-in-law. He was 42. 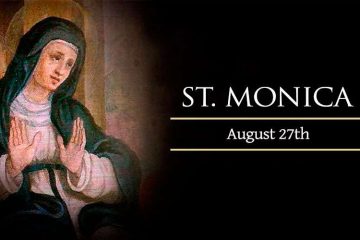