WASHINGTON — Here is a timeline of key events related to the health reform law and the Department of Health and Human Services’ requirement that contraceptives, including some abortion-inducing drugs, and sterilizations be covered free of charge in most health plans.

March 23, 2010: The Patient Protection and Affordable Care Act is signed into law.

July 19, 2011: An Institute of Medicine panel recommends that sterilizations and all contraceptives approved by the Food and Drug Administration be included free of charge among mandated preventive services for women in all health plans.

Aug. 1, 2011: HHS Secretary Kathleen Sebelius announces that the federal government has accepted the panel’s recommendations and outlines as an “interim final rule” a narrow, four-pronged religious exemption to the contraceptive mandate.

Nov. 8, 2011: Cardinal Timothy M. Dolan of New York, president of the U.S. Conference of Catholic Bishops, has a private meeting with Obama at the White House.

Jan. 20, 2012: Sebelius announces that nonprofit groups that do not provide contraceptive coverage because of their religious beliefs will get an additional year “to adapt to this new rule.”

March 14, 2012: The USCCB Administrative Committee issues “United for Religious Freedom,” a statement on various threats to religious liberty in the United States.

March 16, 2012: HHS issues an “advance notice of proposed rulemaking” offering an “accommodation” that would allow nonexempt religious employers to contract with a “third-party administrator” or “independent agency” that receive funds from other sources, such as rebates from drug makers, to provide free contraceptives to covered employees.

March 26-28, 2012: The Supreme Court hears oral arguments on various aspects of the health reform law, but not on the mandate.

May 15, 2012: In comments filed with HHS, USCCB attorneys say the proposed “accommodation” does not change the Obama administration’s fundamental position on the mandate and religious exemption.

May 21, 2012: Forty-three dioceses and Catholic organizations file suit in federal courts around the country against the contraceptive mandate.

Aug. 1, 2012: The contraceptive mandate takes effect for new health plans and those that undergo significant changes, unless the narrow religious exemption or the one-year “temporary enforcement safe harbor” for organizations that do not provide contraceptives for religious reasons applies.

Jan. 1, 2014: The U.S. government begins imposing penalties on individuals not covered by health insurance and employers that do not offer coverage.

Responding to God with a ‘generous yes’ 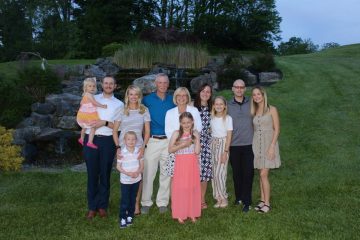