A post-ordination tradition rarely seen by the congregation has the current class of seminarians waiting for the new priests just outside the sacristy. As Father Phelps and Father Riehle emerged, their classmates applauded before kneeling to receive blessings. A video of this moment can be seen below.

For the full story on this ordination, see the June print edition of The Catholic Telegraph. (Sign up by contacting [email protected])

Soldiers lay down weapons for rosaries as they pray, pay homage to Mary 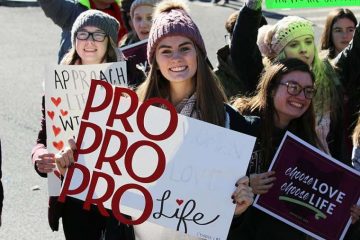