Two years into retirement, the legacy of Father Benedict endures

Two years to the day since Pope Benedict XVI told the world of his historic decision to step down from the papal office, those impacted by his pontificate say that his legacy is still burning bright.

“Pope Benedict’s legacy is really very massive,” said Archbishop Arthur Roche, secretary for the congregation for Divine Worship and the Discipline of the Sacraments.

“His teaching, his balance, his ability to get to the bottom of so many things with such clarity” are among the marks that remain from Benedict’s pontificate, the archbishop told CNA.

While Feb. 11 is normally set aside as a holiday in the Vatican for the feast of Our Lady of Lourdes, the day took on huge added significance in 2013, when Benedict used the opportunity to announce his retirement at a relatively routine consistory – most of the prelates in the room had expected to hear little more than the dates for some upcoming canonizations.

Three weeks later, on Feb. 28, Benedict XVI would greet the crowds from the balcony of the papal palace at Castel Gandolfo for the last time as the reigning pontiff. Shortly thereafter, the resignation took effect, and the See of Peter was vacant until the election of Pope Francis on Mar. 13, 2013.

Since his retirement, Benedict’s days have been filled with prayer and study, largely out of the public view. And goes by the simple title, “Fr. Benedict.” However, some see the legacy of the Pope Emeritus as continuing to resonate in complementarity to that of his successor, Pope Francis.

Archbishop Roche reflected on what he sees as the lasting impact of the former Pope.

He criticized negative portrayals of Benedict XVI as “somebody who was very severe,” saying that this media-fueled reputation was unfair and inaccurate.

“I think that his magisterium is something that will remain and will be known as very great in years to come.”

Benedict XVI’s legacy has also extended well beyond the curia, with many young Catholics attributing their conversions to his pontificate.

Following his 2010 visit to the UK, for instance, there has been a rise in Catholic youth-initiated movements – Youth 2000, Night Fever, Flame Congress – as well as a slow and steady increase in men and women pursuing vocations to the priesthood and religious life.

The impact of this visit on UK Catholics was demonstrated shortly after the papal resignation was announced through an online initiative entitled “Generation Benedict,” in which 40 young people were invited to share their testimonies of how the German pontiff had touched their lives.

The initiative came in response to “a lot of negative media surrounding his abdication,” said Collette Power, co-founder of the Generation Benedict, along with Lisette Carr, both young laywomen from Britain.

“Our lives had been profoundly changed by his papacy, and by the invitation he had extended to us to know the Lord and to become saints,” she said, “and we knew a lot of other young people that had the same experience. This wasn’t being told in the media.”

Power told CNA she had lapsed from her faith, but experienced a conversion during Benedict’s visit to the UK, culminating in the Beatification of Cardinal John Henry Newman in Cofton Park.

Although she had gone to Mass as a child, she said “no one had ever really explained the heart of the Gospel which Pope Benedict did when he visited England.”

One year later, during the 2011 World Youth Day in Madrid, Power says she experienced the sense that she was being called by the Pope to share what she had received, “to go forward and to take the Gospel to all the places in kind of my life, all the people that I know, and to the ends of the earth in my area, to really go out and spread the good news.”

Two years after the papal resignation, Power reflected that “Pope Benedict really laid a foundation for what Pope Francis is doing now.”

“He encouraged us to know our faith, to know the culture that we live in, so that we can speak the Gospel effectively,” she said.

Vatican gives tips on preparing homilies, tying them to catechism

Two years into retirement, the legacy of Father Benedict endures 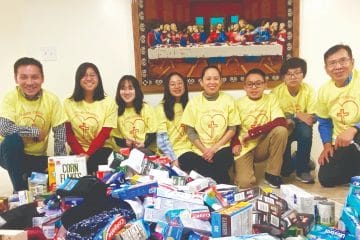