With 2015 decreed as the Year of Consecrated Life by Pope Francis, University of Dayton Libraries is honoring the priests, sisters and brothers — the vowed religious — who devote their lives to serving God and humanity.

“Charism, Character and Calling,” on display through March 31 in the Roesch Library, tells these stories through treasures from three special library collections that preserve the history of the U.S. Catholic Church, tell the story of the University’s Marianist heritage, and draw scholars from around the world to study Mary, the mother of Jesus.

“To many, consecrated life is mysterious,” said Kathleen Webb, dean of University Libraries. “Because it’s not typically a highly visible or attention-seeking life, people are often not aware of the impact that consecrated religious have had on our community and our world. This exhibit helps shine a light on their faith, their commitment to a life of service, as well as their humor, their creativity and their call to religious life.”

Included in the exhibit are:

The exhibit is free and open to the public during library hours. For directions and library hours, visit udayton.edu/libraries or call 937-229-4265.

Ignoring, abandoning the elderly is a sin, pope says

Philadelphia archbishop: ‘Nothing compares’ to being physically present at Sunday Mass 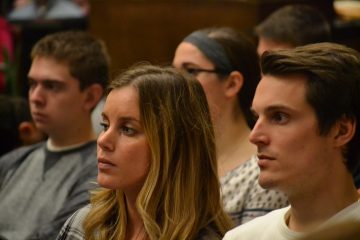