VATICAN CITY (CNS) — Like the rest of the world’s 1.2 billion Catholics, including the 5,100 bishops and 412,000 priests, the pope exercises what the Catechism of the Catholic Church calls his “baptismal priesthood” by participating in “Christ’s mission as priest, prophet and king.”

The bishop of Rome exercises his ministry in a unique way, of course, as pastor of the universal church. In practically everything he does, he has special responsibility for preserving and building unity among members of the largest, most widespread and ethnically diverse organization on earth. That responsibility is crucial to defining the particular challenges that await the man whom 115 cardinal electors will choose in the conclave starting March 12.

In his almost eight-year pontificate, Pope Benedict XVI worked to emphasize the liturgy’s continuity with the church’s millennial traditions. He encouraged a revival of eucharistic adoration and the use of Gregorian chant. Most significantly, he lifted almost all restrictions on celebration of the Tridentine Mass, which had fallen practically out of use amid the modernizing reforms that followed the Second Vatican Council.

At the same time, Pope Benedict condoned a kind of liturgical pluralism within the church, and even contributed to it by establishing personal ordinariates for former Anglicans, making it possible for Catholic communities around the world to worship in a form influenced by the 16th-century Protestant reformation.

The next pope will be taking the helm of a church with ever more various forms of worship. Like his predecessor, he must be sensitive to the needs of Catholics devoted to the revived Tridentine liturgy, but also to those who practice charismatic faith healing and speaking in tongues. He must help preserve the ancient rites of the Eastern Catholic churches while setting a reverent example for the vast majority of the faithful who attend Mass in the form established under Pope Paul VI.

In carrying out this aspect of his mission, the new pope may draw particular inspiration from the two men who preceded him. In the spirit of Pope Benedict’s avowed hope that the older and newer liturgies might enrich each other, he may encourage a synthesis of various forms of worship embraced by his global flock. In practical terms, he may follow the example of Blessed John Paul II by incorporating elements of the church’s liturgical diversity into papal Masses, especially during international gatherings such as World Youth Day.

Pope Benedict made it a major project of his pontificate to shape the church’s understanding of Vatican II, emphasizing that the council’s doctrines did not represent a radical break with the past but followed in continuity with tradition.

The next pope may decide that this magisterial task has been largely accomplished, but he is almost certain to maintain Pope Benedict’s emphasis on the new evangelization, the effort to revive the faith in increasingly secular societies.

How he pursues this effort may depend on where he comes from. A European or American — whether from the North or the South — may continue to highlight the erosion of Christian culture in its former bastions. A pope from Asia or Africa may give relatively great emphasis to the church’s rapid growth on those continents, while frankly acknowledging tensions with non-Christian communities, particularly Islam.

Defense of religious freedom is bound to be another priority for the next pope, who will certainly continue to draw attention to religiously inspired violence and legal restrictions on worship and evangelization around the world. A European or American is also likely to highlight problems increasingly common in developed countries, such as threats to the right of conscientious objection in fields such as medical care and social services.

The most obvious challenge that the next pope will face in regard to governance is the one closest to home: the need for reform of the Roman Curia, the church’s central administration.

In their preparatory meetings over the week prior to the papal election, the cardinals discussed the corruption and mismanagement sensationally documented in the 2012 “VatiLeaks” release of confidential correspondence to the Italian press. Serious reform would almost certainly require national diversification of the Italian-dominated curia, a job that some observers think an Italian pope would be best positioned to accomplish, given the will to do so.

On a global level, no issue of governance is more urgent than that of clergy sexual abuse. A zero-tolerance policy, leading to the exclusion of child abusers from any public ministry, is now in principle the universal norm of the church. However, the application of that norm remains highly inconsistent at the local level.

Financial governance at the Vatican has been the object of heightened media attention in recent years, and the next pope will presumably follow up on Pope Benedict’s moves to make the Vatican bank’s activities more transparent and in conformity with international norms.

In the coming years, the church’s management of money and property around the world is bound to come under ever greater scrutiny from governments, media and Catholic laity. In order to prevent scandals that could undermine the church’s credibility, especially in its pronouncements on matters of economic justice, the next pope may have to call on local churches to develop more rigorous and uniform policies on their own financial activities.

Electing a pope: Your guide to before, during and after the conclave 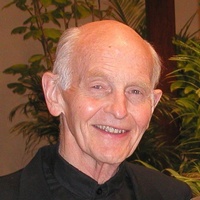