Human rights advocates concerned about an increase in labor trafficking in Brazil as it hosts the 2014 FIFA World Cup and 2016 Olympic Games are joining forces to help stamp out the problem.

“We reached out to Catholic Relief Services some time ago to ask what more can we do. We told them we would like to conduct research to make their efforts more effective,” said University of Dayton Director of Human Rights Research Mark Ensalaco.

CRS is enlisting the University’s expertise to help identify products made through forced labor that end up in the U.S. and to identify best practices of organizations in the region. The goal is to raise consumer, producer and investor awareness about products contaminated by slave labor in the supply chain.

“For us, we can bring the expertise of others — scholarly research, evidence, training, evaluation — to help make sure we are providing the highest quality, most effective and sustainable overseas response. We need to get to the root causes of the social injustices we are pursuing. The prospect of students from the University of Dayton participating … in the vocation of helping the poor around the world and the vocation of addressing the root causes of social injustice and the terrible human rights abuses we face — this is the center of what we are about,” O’Keefe said. “We are deeply confident in its success and the collective impact that we’re going to have.”

The work between CRS and the University of Dayton during the next two years will be an extension of their work in Brazil earlier this summer. Five Catholic Relief Services Scholars in Global Solidarity from the University traveled to Brazil for 10 days to examine the conditions of slave labor that contribute to the production of consumer goods for the U.S. market. They met with government and church officials to map strategies to combat the problem and visited areas of Brazil known for these problems.

One group visited a region where the Catholic Church helps poor landowners defend farms threatened by large ranchers and logging operations. These are areas where slave labor contributes to the production of beef, leather and hardwood that end up in American homes, according to Vincent Miller, University of Dayton Gudorf Chair in Catholic Theology and Culture. Another group visited a project that resettles trafficking victims. A third group talked with advocacy groups preparing to combat trafficking during the 2014 World Cup and 2016 Olympics.

This weekend, the University is hosting current and former representatives from the United Nations, Amnesty International USA, Human Rights Watch, WITNESS, Doctors Without Borders and World Peace Foundation to campus for a conference to take a long, critical look at the future of human rights. 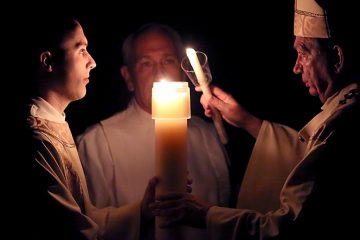