Anti-abortion activists said Tuesday that they obtained 115 aborted babies from a driver for a medical waste company in late March, with the intention of giving the unborn children a dignified funeral and burial.

Five of those babies that appear to be of late-term gestation are now in the possession of Washington, D.C. Metro Police, which retrieved the remains Friday from an apartment in the city where they were being stored by members of Progressive Anti-Abortion Uprising (PAAU), a group that demonstrates against abortion and engages in activism in and around abortion clinics. Police say they are in the early stages of an investigation into how the remains were obtained.

Along with other pro-life groups, PAAU has called on the D.C. Medical Examiner to autopsy the babies’ remains to determine their manner of death in order to assess whether they died after being born, in possible violation of federal laws.

“Pro-life Americans will not stay silent in the face of such aggressive and barbarous violence,” Terrisa Bukovinac, PAAU’s founder, said during a press conference the group held in Washington Tuesday morning. Also speaking at the press conference was Lauren Handy, PAAU’s director of activism.

“We will diligently work until the American abortion-industrial complex is fully disarmed and dismantled,” she said.

Members of the group also demanded that the five babies be allowed to have a proper burial after any autopsies are performed.

The medical examiner’s office has not commented publicly yet on whether it plans to autopsy the babies. On Friday, the Washington Post reported that the medical examiner’s office does not plan to autopsy the bodies, though two anonymous officials told the Post that the decision not to do autopsies “could change if they receive additional information.”

PAAU members on Tuesday claimed that they discovered the babies’ remains in a sealed cardboard box that group members obtained from a driver working for Curtis Bay Medical Waste Services on March 25 during a demonstration outside Washington Surgi-Clinic, an abortion clinic located on F Street in the district’s northwest section.

Curtis Bay Medical Waste Services has confirmed that it did pick up three boxes of medical waste from Washington Surgi-Clinic the morning of March 25, but the company denies that any of the boxes left the driver’s possession.

In a statement, Curtis Bay said it has a contract to dispose of biohazardous medical waste from the clinic at a power-generating incinerator the company operates in Baltimore, but the company maintained that “customers like Washington Surgi Clinic are prohibited from disposing of fetuses and human remains via Curtis Bay’s services.”

The group’s members said the 110 smaller babies have been given names, a funeral Mass, and dignified burial in an “undisclosed location.” 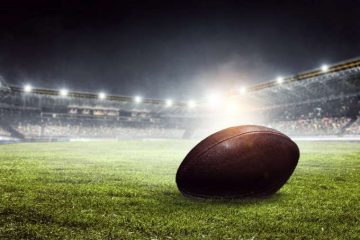