The U.S. Supreme Court heard a historic case on Dec. 1, 2021 that directly challenges Roe v. Wade, the 1973 ruling that legalized abortion nationwide. On May 2, 2022, a purported first draft of the decision leaked, which if genuine suggests that the court is poised to overturn Roe and return the question of abortion legalization to the states. If that happens, more than a dozen states will immediately outlaw abortion.

Here’s what you need to know:

The case centers on the question of “Whether all pre-viability prohibitions on elective abortions are unconstitutional,” or whether states can ban abortion before a fetus can survive outside the womb. The case challenges two landmark abortion cases that Mississippi calls “egregiously wrong”: Roe v. Wade and Planned Parenthood v. Casey.

2. Why does the case challenge Roe and Casey?

In Roe v. Wade, the court ruled that states could not ban abortion before viability, which the court determined to be 24 to 28 weeks into pregnancy. Nearly 20 years later, the court upheld Roe in Planned Parenthood v. Casey. The 1992 ruling said that while states could regulate pre-viability abortions, they could not enforce an “undue burden,” defined by the court as “a substantial obstacle in the path of a woman seeking an abortion of a nonviable fetus.”

Mississippi’s Gestational Age Act, the subject of the Dobbs case, bans abortion weeks before the point of viability.

“Under the Constitution, may a State prohibit elective abortions before viability? Yes,” Mississippi argues in its brief. “Why? Because nothing in constitutional text, structure, history, or tradition supports a right to abortion.”

3. Who argued the case before the court?

Three people spoke before the justices in December. Scott G. Stewart, the solicitor general of Mississippi, was given 35 minutes to represent the state. For Jackson Women’s Health Organization, Julie Rikelman, litigation director of the Center for Reproductive Rights, was given 20 minutes. U.S. Solicitor General Elizabeth B. Prelogar had 15 minutes to argue in support of Jackson Women’s Health Organization.

4. How can Americans hear or read the arguments that were made?

The Supreme Court website offers an audio recording and transcripts of the arguments.

5. How did the draft decision leak? Is it genuine?

The draft was obtained by the D.C.-based news site Politico from an as-yet unidentified source. Chief Justice John Roberts, while confirming the draft’s authenticity, said May 3 that he has directed the Marshal of the Court “to launch an investigation into the source of the leak.”

Leaks from the Supreme Court are rare. Such internal working drafts are supposed to remain strictly confidential, according to the court’s longstanding custom. Observers are saying that the leak constitutes a serious breach of trust in the Supreme Court’s process.

6. What does the leaked draft say, and does it reflect the court’s final opinion?

The leaked draft shows the court siding with Mississippi, as well as a thorough repudiation of Roe and Casey.

“We hold that Roe and Casey must be overruled,” Associate Justice Samuel A. Alito Jr. writes in the purported 98-page draft document, which is labeled as the “Opinion of the Court.” “It is time to heed the Constitution and return the issue of abortion to the people’s elected representatives.”

The Politico news report said that four other justices had joined Alito in the majority, three are preparing dissents, and Chief Justice John Roberts — often a swing vote — has not yet settled on a side.

Whether or not the draft is genuine, it is currently impossible to say whether it reflects the court’s final judgement, as votes and language in the drafts can change. Again, the court’s opinion will not be final until it is published, and it is not yet clear whether the court will publish the final opinion early, or stick to the expected date of roughly late June.

7. What will happen if the court does, ultimately, overturn Roe?

Whatever the court ultimately decides, the consequences for the country will be enormous.

If Roe and Casey are overturned, abortion law would be left up to each individual state. The Guttmacher Institute, a reproductive research organization once associated with Planned Parenthood, predicts that 26 states would certainly or likely ban abortion.

If the Mississippi law is struck down, and Roe and Casey are affirmed, it would be a devastating setback for the pro-life movement, which has pinned its long-term legal strategy on someday having a conservative supermajority on the Supreme Court, as is the case today.

Part of a continuing series examining the U.S. Supreme Court case Dobbs v. Jackson Women’s Health Organization, a direct challenge to the 1973 decision in Roe v. Wade that legalized abortion throughout the United States. This story has been updated since its original publication on Nov. 30, 2021. 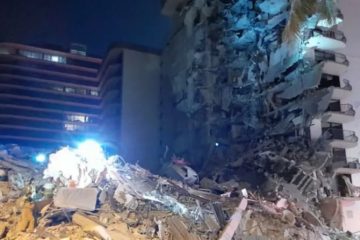