The “invisible” wounds of war are at the heart of the eighth annual Warriors to Lourdes pilgrimage, taking place on May 10-16 during the 62nd International Military Pilgrimage at the shrine in southwestern France.

Sponsored by the Knights of Columbus in partnership with the Archdiocese for the Military Services, the Warriors to Lourdes (WTL) pilgrimage helps U.S. soldiers to experience transformation and healing in the French city where the Virgin Mary appeared to St. Bernadette Soubirous in 1858.

Each year, around a hundred soldiers “in need” are selected from across the country by the leadership of WTL, which covers the trip’s expenses. More than 175 active-duty personnel and veterans are participating in the pilgrimage this year, led by Archbishop Timothy P. Broglio.

For many wounded warriors, the support programs’ good fruits were visible from the pilgrimage’s first days.

Richard Johnson, a former military nurse with serious addiction problems, felt reborn at the feet of Our Lady, buoyed by the care, compassion and expertise of the trip leaders, and the friendships formed rapidly with the other pilgrims.

“The friendliness and kindness that surrounds us here places us in the ideal conditions to welcome the love of God and to meet our Lord Jesus through Mary,” he said.

“Words can hardly describe the experience I’m living here. I can feel the healing. It is something one can almost touch.”

This year’s International Military Pilgrimage — the first since the coronavirus outbreak — comprises some 10,300 pilgrims from 42 different countries, eager to be reunited with their brothers in arms for the first time in three years.

Launched at the end of World War II to promote peace and reconciliation across the world, the pilgrimage was officially established in 1958, on the centenary of the apparitions. It features not only religious celebrations, but also times for sharing, concerts around the city, and other festivities.

In addition to these international activities, participants in the Warriors to Lourdes program are offered a daily English-speaking Mass as well as “faith and fellowship” sessions.

This year, the WTL pilgrimage – whose theme is Pacem meam do vobis (“My peace I give to you”) – is emphasizing the invisible wounds caused by the war. These include moral injuries – a scourge that is still too little known, according to the organizers.

Dorothy Perkins, a retired army intelligence officer and trip leader for the pilgrimage in the Seattle area, told CNA: “The Knights of Columbus have been seeking to raise awareness on this topic through dedicated sessions and training, because so many soldiers suffer from moral injury without knowing it.”

“Fortunately, this issue is progressively coming to the fore. Specialists are getting training to address military isolation and moral injuries, and we too want to give people the help that they need at our level.”

Perkins, who holds a master’s degree in theology with an emphasis on moral injury, explained that moral wounds can be sustained either through one’s own actions or those of others. Deep moral injuries, she said, can also result from remaining silent before morally reprehensible actions committed by individuals or groups.

“If you break a rule in the military, you’ll get a penalty for it, while moral injury is a violation of moral codes that do not necessarily have to do with the law,” she said.

“At the same time, while physical injury is mostly addressed with medication, moral injury is more difficult to identify and then to address.”

Perkins pointed to her mission in Iraq as a trigger of a deep personal wound.

“I saw so many horrible, unimaginable things there and I felt a moral injury by supporting that war effort through my mission on the ground, seeing what people were doing to each other,” she said.

In her view, the best way to heal that kind of wound is first to understand and recognize the symptoms — including grief, depression, guilt, and suicidal ideation — with the help of a trained moral authority such as a religious leader whose guidance can help soldiers acknowledge what happened and start to forgive themselves.

Charles H. Gallina, a retired colonel in the U.S. Marine Corps, highlighted the sacraments’ role in healing the soul.

“The real treatment of moral injury is confession,” the principal coordinator for the WTL pilgrimage told CNA, explaining that 17 chaplains are accompanying the pilgrims.

“We bring these wounded people to Lourdes so that they have the opportunity to reconnect with Christ through Our Lady, and I’m spending my time talking to them, encouraging them to go to confession, or helping them to open up with me if they don’t want to talk to anybody else,” Gallina said.

“We’ve decided to devote more resources and attention to interior wounds because we think that a lot of suicides could be avoided in that way, and that’s the reason why we’re having moral injury sessions every day.”

The Ukraine war is another focal point of this year’s pilgrimage. On May 13, the Warriors to Lourdes assembled around 3,000 prayer kits that will be shipped to Ukrainian military personnel. The kits, blessed by Archbishop Broglio, include a rosary, Our Lady of Lourdes prayer card, Blessed Michael McGivney prayer card, and vial of Lourdes holy water.

In addition, the Knights of Columbus have sponsored a Ukrainian delegation consisting of six active-duty military personnel, four mothers of fallen soldiers, two military officials, two military chaplains, and a military bishop, so that they can seek protection and consolation from Our Lady of Lourdes for their war-torn nation. 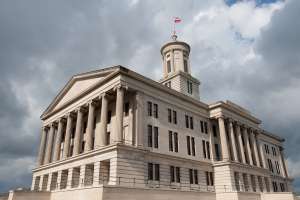