The assembly, one of the two annual gatherings of the bishops of the United States, was scheduled to be held June 10-12 in Detroit, Michigan. The meeting would have been the first to be led by newly-elected USCCB President Archbishop Jose Gomez of Los Angeles.

In a statement released by the USCCB, Gomez said that the decision to cancel the event happened after a vote by the Administrative Committee.

“The Administrative Committee made this very difficult decision with consideration of multiple factors, but most importantly the health, well-being and safety of the hundreds of bishops, staff, observers, guests, affiliates, volunteers, contractors and media involved with the general meetings,” said Gomez.

“Additionally, even if the numerous temporary restrictions on public gatherings resulting from conditions associated with COVID-19 are lessened by June, the priority for the physical and pastoral presence of the bishop in his See will be acute to tend to the faithful,” he added.

At least three members of the USCCB–Bishop Barry Knestout of Richmond, Bishop Michael Burbidge of Arlington, and Bishop Emeritus Paul Loverde of Arlington–would still be under a “stay-at-home” order during all or part of the scheduled assembly. The Commonwealth of Virginia has banned all but essential travel until at least June 10.

A conference or council of American Catholic bishops has existed in some form since 1917, but the present-day USCCB was established in 2001. 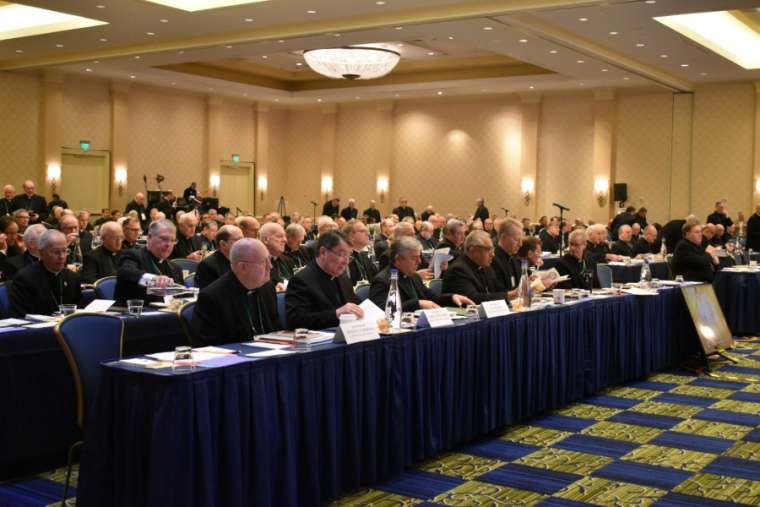 ‘It’s a trauma for our children’: How the pandemic is impacting foster kids