“We join our prayers with Pope Francis and pray for the Catholic community in Nice, especially the families of those who have lost loved ones,” the U.S. bishops’ conference (USCCB) stated on Thursday via Twitter. “Eternal rest grant unto them, O Lord, and let perpetual light shine upon them.”

On Thursday morning, an attacker with a knife killed three people in the Basilica of Notre Dame in Nice, France.

According to the French newspaper Le Figaro, an elderly woman, a sacristan, and another woman were killed in the attack; the elderly woman was found inside the church “nearly beheaded,” while the other woman died of stabbing wounds after fleeing the attack to a nearby café.

The mayor of Nice said that the perpetrator had shouted “Allahu Akbar” during and after the attack, and was subsequently shot, injured, and arrested by police.

A Vatican spokesman on Thursday said that Pope Francis was mourning the victims and praying for them and their loved ones.

Archbishop Allen Vigneron, the USCCB vice president, tweeted that he was “deeply saddened” by the attack.

“We Catholics in southeast Michigan hold in prayer our brothers and sisters in faith and all the people of France touched by this tragedy, and first and foremost the victims and their families,” Vigneron said.

“We especially ask Our Lady of Sorrows to obtain for them the grace of uniting their sufferings to the Cross of Christ, so that even in this hour of darkness the light of his Easter victory will shine forth.”

Bishop Michael Burbidge of Arlington, Virginia also offered his prayers for the victims and their families.

“In union with people of goodwill throughout the Diocese of Arlington, the people of France and around the world, I express my deep sorrow and offer fervent prayers for those impacted by the terror attack at the Notre Dame Basilica in Nice, France, this morning,” Burbidge said Thursday.

“While violence in any form, carried out in any location, is abhorrent, we are particularly struck when attacks happen in sacred places, as sacred spaces offer refuge for the weary and serve as symbols of peace in a torn and broken world. May people of all faiths continue their call for peace as we intensify our prayers for an end to all forms of violence.”

In response to the attack, Bishop André Marceau of Nice said that all churches in Nice would be closed out of precaution. He noted that the “heinous terrorist act” occurred just weeks after a Paris school teacher was beheaded on Oct. 16. The teacher was killed reportedly after he had showed his students a cartoon depicting the prophet Mohammed.

Cardinal Robert Sarah, Vatican prefect of the Congregation for Divine Worship, stated on Twitter in response to Thursday’s attack that “Islamism is a monstrous fanaticism which must be fought with force and determination.”

At least two other incidents were reported in France on Thursday, in Lyon and near Avignon. A man waving a handgun, who also made threats and shouted “Allahu Akbar,” was reportedly shot dead by police in Montfavet near Avignon. Another man armed with a long knife was reportedly arrested while trying to board a train in Lyon, according to Al Jazeera; the man had already been flagged as a threat by French intelligence.

Other U.S. leaders condemned Thursday’s attack in Nice. President Trump tweeted that “Our hearts are with the people of France.”

Rev. Johnnie Moore, a commissioner at the U.S. Commission on International Religious Freedom, tweeted on Thursday that “No one should ever fear walking into a place of worship, ANYWHERE of ANY FAITH!”

He tweeted a video of Muslims around the world mourning the attack, noting that “The 1st people I heard from were Muslim friends who find it painful & heretical when terrorists defame God by killing in His name.”

Ashley McGuire, senior fellow for The Catholic Association, said that attacks “are a terrifying reminder that radicalism remains a grave threat to global religious liberty.”

What’s in (and isn’t in) the bishops’ draft document on the Eucharist? 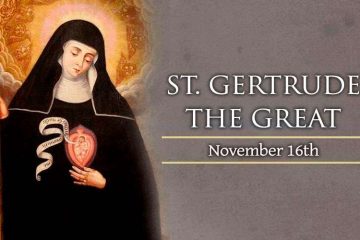