Rome Newsroom, Oct 19, 2020 / 06:00 am MT (CNA).- With more and more satellites orbiting the Earth, measures need to be taken to prevent collisions in outer space that give rise to dangerous “space debris,” a Holy See representative has warned the United Nations.

Archbishop Gabriele Caccia said Friday that preventative measures within a “globally-agreed framework” are needed to protect outer space due to the “massive increase in use and dependence” on satellites.

“Despite the unending outward dimension of the space environment, the region just above us is actually becoming relatively crowded and subject to increasing commercial activities,” Caccia, the apostolic nuncio and permanent observer of the Holy See to the United Nations, said Oct. 16.

“So many satellites are being launched to provide internet access today, for example, that astronomers are finding that these risk obscuring the study of stars,” the archbishop noted.

The Holy See representative said that it is in the clear interest of all countries to establish “the so-called ‘rules of the road’ to eliminate the risks of satellite collisions.”

There have been roughly 2,200 satellites launched into the Earth’s orbit since 1957. Collisions among those satellites have created debris. There are tens of thousands of pieces of “space junk” larger than four inches currently in orbit and millions more of smaller size.

The BBC recently reported that two pieces of space junk — a defunct Russian satellite and a discarded part of a Chinese rocket segment — narrowly avoided collision.

“Satellites have become integrally linked to life here on Earth, assisting navigation, supporting global communications, helping forecast the weather, including the tracking of hurricanes and typhoons, and monitoring the global environment,” Caccia said.

“The loss of satellites that provide global positioning services, for example, would have a dramatically negative impact on human life..”

The International Astronautical Federation said in a statement last week that “substantive debris remediation efforts (i.e., operations) have been nearly non-existent to date,” adding that this was in part because “the urgency for debris remediation has not been expressed in a multi-national forum.”

Archbishop Caccia told the UN member states: “Preventing the generation of space debris does not concern only the peaceful uses of outer space. It also must encompass the equally problematic space debris left by military activities.”

He said that the UN must work to preserve the “universal character of outer space, increasing their common interests in it for the benefit of every person regardless of earthly nationality.”

Recently a number of satellites orbiting earth have been launched by SpaceX, a private company owned by Elon Musk, rather than by individual states. The company has 400 to 500 satellites in orbit with the goal of creating a network of 12,000 satellites.

The U.S. government launched an initiative earlier this year with the “Encouraging International Support for the Recovery and Use of Space Resources” executive order aims to work toward mining the moon for its resources.

The apostolic nuncio proposed that international organizations or consortia could launch satellites, rather than single countries or companies, and that activities that exploit resources in space could be limited to these multilateral organizations.

Caccia concluded by quoting Pope Francis’ recent address to the UN General Assembly: “It is our duty to rethink the future of our common home and our common project. A complex task lies before us, one that requires a frank and coherent dialogue aimed at strengthening multilateralism and cooperation between states. Let us make good use of this institution in order to transform the challenge that lies before us into an opportunity to build together.” 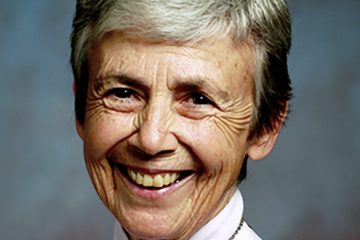