In his weekly Angelus address Oct. 18, the pope explained that “to pay taxes is a duty of citizens, as is complying with the just laws of the state. At the same time, it is necessary to affirm God’s primacy in human life and in history, respecting God’s right over all that belongs to him.”

“Hence the mission of the Church and Christians,” he stated, “to speak of God and bear witness to him to the men and women of our time.”

Before leading pilgrims in praying the Angelus in Latin, Pope Francis reflected on the day’s Gospel reading from St. Matthew.

In the passage, the Pharisees try to trap Jesus in speech by asking him what he thinks about the lawfulness of paying the census tax to Caesar.

Jesus replied: “Why are you testing me, you hypocrites? Show me the coin that pays the census tax.” When they handed him the Roman coin with the image of Emperor Caesar, “then Jesus replies: ‘Render therefore to Caesar the things that are Caesar’s, and to God the things that are God’s,’” Pope Francis recounted.

In his reply, Jesus “acknowledges that the tribute to Caesar must be paid,” the pope said, “because the image on the coin is his; but above all he recalls that each person carries within him another image — we carry it in our heart, in our soul — that of God, and therefore it is to him, and to him alone, that each person owes his or her existence, his or her life.”

Jesus’ line gives “clear guidelines,” he said, “for the mission of all believers of all times, even for us today,” explaining that “everyone, by baptism, is called to be a living presence in society, inspiring it with the Gospel and with the lifeblood of the Holy Spirit.”

This requires humility and courage, he noted; a commitment to building “the civilization of love, where justice and fraternity reign.”

Pope Francis concluded his message by praying that Mary Most Holy will help everyone to “flee from all hypocrisy and to be honest and constructive citizens. And may she sustain us disciples of Christ in the mission to bear witness that God is the center and the meaning of life.”

After praying the Angelus, the pope pointed out the Church’s celebration of World Mission Day. The theme this year, he said, is “Here I am, send me.”

“Weavers of fraternity: it is beautiful, this word ‘weavers,’” he said. “Every Christian is called to be a weaver of fraternity.”

Francis asked everyone to support the Church’s priest, religious, and lay missionaries, “who sow the Gospel in the great field of the world.”

“Let’s pray for them and give them our concrete support,” he said, adding his gratitude to God for the release last week of Fr. Pierluigi Maccalli, an Italian Catholic priest who was kidnapped by a jihadist group in Niger two years ago.

The pope asked for an applause to greet Fr. Macalli and for prayers for all those who are kidnapped around the world.

Pope Francis also encouraged a group of Italian fishermen, who have been detained in Libya since the beginning of September, and their families. The two fishing crews, which came from Sicily and include 12 Italians and six Tunisians, have been detained in the northern African country for over a month and a half.

A Libyan warlord, General Khalifa Haftar, has reportedly said he will not release the fishermen until Italy frees four Libyan soccer players convicted of human trafficking.

The pope asked for a moment of silent prayer for the fishermen and for Libya. He also said he is praying for the discussions happening at the international level regarding the situation.

He urged those involved “to stop all forms of hostility, promoting dialogue that leads to peace and stability, and to the unity of the country.”

Where Catholic likely voters stand on issues, candidates, ahead of presidential election 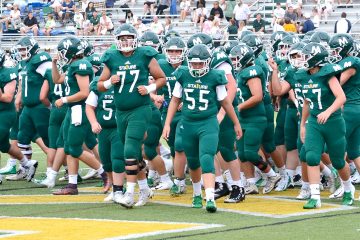