August 9, 2022 The Catholic Telegraph
Home»Commentary»A CLOSER LOOK: THE MORALITY OF VOTING FOR “NONE OF THE ABOVE”
Commentary

A CLOSER LOOK: THE MORALITY OF VOTING FOR “NONE OF THE ABOVE”

This October the Church celebrates Respect Life Month on the brink of a presidential election that presents a difficult choice for conscientious Catholics. The Church does not endorse political candidates, nor does she suggest which candidate better exemplifies a commitment to life issues. But the Church does provide clear teaching, and we must consider and apply the entirety of that teaching as we deliberate about which – if any – lever to pull. If we think the decision is easy, it may be that we are neither thinking deeply enough about the Church’s complete teaching on life issues, nor looking closely enough at the rhetoric and policy positions of the various candidates.

The United States Conference of Catholic Bishops (USCCB), as it does each presidential election year, has produced a resource document for this deliberative process, “Forming Consciences for Faithful Citizenship.” As it pertains especially to life issues, the Bishops articulate the Church’s positions and provide instruction on how to weigh and balance them as we consider how to vote. Most importantly, it calls us to overcome partisan biases, and to subordinate partisan commitments to Catholic moral doctrine.

ABORTION AND “SINGLE-ISSUE VOTING”
For many Catholic voters, a candidate’s position on abortion is not merely disqualifying for that candidate, but necessarily implies an imperative vote for the other. This is a mistake. “As Catholics, we are not single-issue voters,” the Bishops explain. “A candidate’s position on a single issue is not sufficient to guarantee a voter’s support.” To be sure, it may be that a candidate who supports legalized, on-demand abortion forfeits his or her Catholic vote. “[I]f a candidate’s position on a single issue promotes an intrinsically evil act, such as legal abortion,” the Bishops continue, “a voter may legitimately disqualify a candidate from receiving support.” But the principle is not necessarily reciprocal. Disqualifying candidate “A” on account of his support of abortion does not automatically qualify candidate “B” for her opposition to it. We cannot use a candidate’s opposition to abortion to justify voting for that candidate if he espouses rhetoric and policies that are contrary to respecting life in other ways.

Before we hastily conclude that we have a mandate to vote for the anti-abortion candidate, we also must take other factors into consideration. This includes the candidate’s positions on, among other issues, capital punishment, immigration, public health and welfare, labor conditions, the environment and racial matters. A candidate’s opposition to legalized abortion does not automatically qualify her as a viable candidate if she overwhelmingly fails on these other important moral issues. As St. Pope St. John Paul II wrote in his encyclical The Splendor of Truth, “the fact that only the negative commandments oblige always and under all circumstances does not mean that in the moral life prohibitions are more important than the obligation to do good indicated by the positive commandment.”

THE VIRTUE OF DOING NOTHING
We cannot choose the lesser evil of two evils in any part of our moral lives. As Catholic citizens, we have a moral responsibility to “do good” with our votes, not merely to avoid a greater of two evil results. (Note that I refer to “evil results,” not evil candidates.) Any moral act that makes a choice for the lesser of two evils, regardless of the context, is still a choice for evil. That, we must never do. As St. Paul admonishes in his Epistle to the Romans, those who say, “Let us do evil that good may come” deserve condemnation. Thus, if we believe that voting for one candidate produces a “less evil” result than voting for the other, we must not vote for either.

A common objection to this conclusion is that refraining to vote for the lesser evil outcome may allow the greater evil result to obtain. This may well be the case; but it does not defeat the principle. We are not morally responsible for the actions of other moral agents, including their votes for the greater or lesser of two evils. But we cannot affirmatively and deliberately choose an evil moral act, even if it is chosen to prevent a perceived greater evil result. We may, however, endure a greater evil, even if it is foreseeable, by refraining from acting in a given set of circumstances. The former causes us to participate in evil. The latter does not.

I am not necessarily saying that this presidential election is such a situation, nor am I claiming that a conscientious Catholic must or must not vote for Candidate A or Candidate B. Rather, I suggest that the analysis is not as simple as some Catholics across the partisan spectrum seem to think. We must develop and apply fully-formed consciences, considering the totality of the issues, to our voting. As such, we cannot allow a candidate’s favorable position on a single issue to be determinative if that candidate espouses other policies that are consistently and blatantly contrary to respect for life. Sometimes the morally proper vote in a particular race may be “None of the Above.”

Dr. Kenneth Craycraft is an attorney and the James J. Gardner Family Chair of Moral Theology at Mount St. Mary’s Seminary & School of Theology. He holds a Ph.D. in moral theology from Boston College, and a J.D. from Duke University School of Law.

Paddling together: Our AOC Home Missions

A CLOSER LOOK: THE MORALITY OF VOTING FOR “NONE OF THE ABOVE” 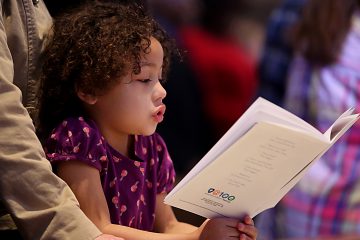