The new liturgical year has already begun and the new calendar year is just around the corner. With that in mind The Catholic Telegraph invites readers once again to rank the Top 10 Stories of 2014.

Now it is up to you, the reader, to select the order of the top 10. The survey will be available until Dec. 17 for voting.

The survey (seen below) will allow you to rank the 10 stories in order from No. 1 (top story) to No. 10 and the results will be published in the January edition of the newspaper.

Before voting, read the synopses below or check out the nominated stories at the following links.

The Light is ON For You Confession event

The first-of-its-kind confession event had every parish in the Archdiocese of Cincinnati offer confession during the same hours on the same day following a massive publicity campaign. Coverage appeared in the March, April, and May issues.

The canonizations of Pope John Paul II and Pope John XXIII were international Catholic news and drew the attention of millions to St. Peter’s Square. Locally, a pair of Catholic schools in the archdiocese bearing the names of the now-sainted pontiffs prepared to celebrate the occasions. Coverage occurred in the April edition.

Sister of Mercy Helen Lucille Habig, former assistant superintendent of Catholic schools, retired in 2014 after nearly 60 years of serving in education ministry. In recognition of that service, Sister Helen Lucille was presented the Pro Ecclesia et Pontifice medal by Pope Francis. The medal is awarded to vowed religious who demonstrate exceptional service to the Catholic Church. Coverage appeared in the July edition.

This entry is a combination of two stories. In the August edition, coverage showed Archbishop of Cincinnati Dennis M. Schnurr meeting Pope Francis. In that meeting the shepherd of the archdiocese spoke Italian and assured the Holy Father of the prayers of the faithful locally.
Later the November edition chronicled Auxiliary Bishop Joseph R. Binzer’s meeting with the Vicar of Christ following “new bishops school.”

NET Ministries has arrived in Archdiocese of Cincinnati (Aug.)

NET Ministries, a national youth evangelization organization, opened a regional office in the Archdiocese of Cincinnati in July, with coverage occurring in the August edition. NET Ministries hosts retreats for young people to help them grow in the faith.

The only “Everyday Evangelist” feature to make the top 10, this story focused on Urband and Mary Louise (Enneking) Seger and Tom and Marie Moorman. Both are part of families that have operated their farms since the 1830s.
“You’ve got to pray,” Marie Moorman said. “Our Catholic faith definitely has a role in our lives. Morning and evening, we pray for our family and the farm and other intentions. We’d be at a loss without our faith.”
Coverage occurred in the August edition.

Event organizers said the Rosary Rally that brought together nearly 500 students and staff of area high school football teams may have been a national first. Organized by SportsLeader and The Athenaeum of Ohio/Mount St. Mary’s Seminary of the West, the event brought teams from as far south as Louisville and as far north as Springfield together for adoration, benediction and prayer as well as the opportunity to hear from several speakers. The story was among the top five local stories viewed at TheCatholicTelegraph.com in 2014. Coverage occurred in the September edition.

The Athenaeum of Ohio/Mount St. Mary’s Seminary of the West has a good problem — it is nearly full. The enrollment for the most recent academic year was 66 and the building only has space for 69. Adding to the excitement, pending 100 percent retention of all seminarians, the Archdiocese of Cincinnati could have ordain a class of priests in double digits as soon as 2019. Coverage occurred in October.

Archdiocesan leaders learn to be “Contagiously Catholic” at Proclaim

Proclaim, a convocation of lay and ordained leaders from Around the Archdiocese of Cincinnati brought nearly 1,000 of Cincinnati’s Catholics together to learn to be “Contagiously Catholic.” At the event, Archbishop Dennis M. Schnurr announced new mission and vision statements for the archdiocese.
The Catholic Telegraph provided daily coverage of the event online, and print coverage occurred in the November edition.

The story of Lauren Hill

Though she isn’t a Catholic herself, Lauren Hill is a freshman student at the Catholic Mount St. Joseph University. The 19-year-old woman is dying of terminal brain cancer but chose to spend her final months living her dream of being a collegiate basketball player and raising awareness for the cancer that usually kills children even younger than her.
TheCatholicTelegraph.com published multiple stories about Hill and the collaboration between Catholic universities Mount St. Joseph and Xavier to make her dreams come true. A CT column on Hill was one of the website’s top 5 viewed stories of 2014. Some coverage of Hill’s story also appeared in the December edition.

The Catholic Telegraph needs YOUR help! 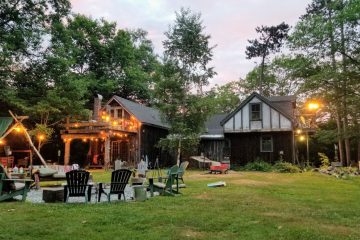