What Catholics should know about brain death

The Catholic Church is clear in its teaching on when life begins: at conception.

On death— described as “the end of man’s earthly pilgrimage”— the Church teaches in the Catechism of the Catholic Church that “life is changed, not ended;” that death represents the moment of “the separation of the soul from the body.”

While the moment of human conception— the beginning of life— is well-understood and observed from a scientific standpoint, the exact moment of death can be harder to pin down.

This is especially true thanks to various forms of modern technology such as ventilators, which make it possible for doctors to declare a patient dead based on the state of their brain, even if their body appears, to the untrained eye, still to be alive.

Brain death, also called death by neurological criteria, is the practice of declaring a person dead based on the loss of brain function, rather than the stoppage of the heart and breathing.

Brain death is, today, a commonly accepted standard for declaring a person dead. According to the 1981 guidelines of the American Medical Association, brain death entails the “irreversible cessation of all functions of the entire brain.”

Most people are unlikely to need to think about brain death until it affects a loved one— but on a nationwide scale, the phenomenon is more common than one might think. An estimated 42 people are declared brain dead throughout the U.S. every day.

Organs such as the heart, lungs, and pancreas can be— and are— harvested from brain dead donors as close to the time of death as possible. Donors’ bodies are sometimes given painkillers to stop involuntary movements originating from the spinal cord.

What Catholics should make of this

The term “brain death” is not found in the Catechism of the Catholic Church. But statements from popes and from the Vatican have made it clear that, if properly diagnosed, the complete and irreversible cessation of all brain function is a valid way to assess with moral certainty that a person has died.

Moral certainty, St. John Paul II has said, “is considered the necessary and sufficient basis for an ethically correct course of action.”

Catholic doctors and ethicists today largely echo the Vatican in stating that brain death, when properly diagnosed, is not a “kind” of death; it is simply death, period.

However, brain death remains a hotly debated topic among some Catholic medical professionals and ethicists.

One Catholic doctor told CNA he is concerned that proposed changes to U.S. law regarding brain death could make it easier for doctors to diagnose, and thus may remove some of the rigor that the Church requires for moral certainty about brain death.

What brain death is

A Harvard Medical School Ad Hoc Committee introduced the concept of “brain death” in August 1968— less than a year after the first successful heart transplant, performed in South Africa in December 1967.

Cardinal Semeraro: Blessed Carlo Acutis was ‘an authentic apostle of the rosary’

Catholic Priest: Can Science be Trusted?

How to live Holy Week? Here are Mother Angelica’s tips

What Catholics should know about brain death 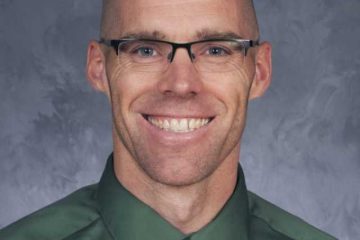