Q: In the last 50 years, various orders in the church, including porter, exorcist, and subdeacon, have disappeared. What is the theology behind these orders and why were they discontinued?

A: As early as the third century, certain roles of service, including deacon, subdeacon, lector, and acolyte, were present in the church. These orders over time became linked to preparation for the priesthood and were divided between “minor orders” (porter, exorcist, lector, and acolyte) and “major orders” (subdeacon, deacon, and priest). Each order was received and its function performed for a suitable time before a man was ordained to the priesthood.

The roles were varied but served a legitimate purpose in the early church, usually related to the Mass. For instance, the porter was the doorkeeper, responsible for opening and closing the church and guarding the door during the celebration of Mass.

The acolyte, in its original role, was responsible for lighting the candles around the altar.  He also accompanied the priest, bringing a candle near him so that he could read the proper prayers. The lector was set apart to read the sacred Scriptures during the liturgy. The subdeacon assisted the deacon and priest by helping set the altar, among other duties. Historically, as it signaled entry into major orders and proximate preparation for the priesthood, a seminarian made his promise of celibacy in receiving subdiaconate.

Together the orders constituted ministries of service that developed in the church according to need. Yet over time, many of them lost their function. The orders, especially porter and exorcist, became symbolic. The loss of these functions occasioned a revision of the orders after the Second Vatican Council.

In 1972 Pope Paul VI suppressed the four minor orders and replaced them with the two “special offices” or ministries: minister of the word (lector) and minister of the altar (acolyte). The role of the subdeacon was subsumed by the role of acolyte. The conferring of these ministries was no longer to be called “ordination” but instead “installation.”

In reforming these offices, it seems that Pope Paul VI intended to open certain ministries to the laity, including the ministries of lector and acolyte. Such roles were no longer to be seen exclusively as markers along the pathway to the priesthood.

However, in practice, the custom of officially instituting lectors and acolytes retained its connection to preparation for priesthood and diaconate. The laity, in part because these ministries are limited to men, were rarely installed in these roles. However, at the same time, it was acknowledged that these functions could be performed by other persons, even if not officially installed in these roles, when the celebration of the liturgy required it. This opened up the practice of lay men and women serving as lectors, acolytes, and eventually Extraordinary Ministers of Holy Communion. For the most part, the instituted ministers and those not instituted fulfill the same functions, but some privileges are extended only to instituted ministers (for instance, only instituted acolytes can assist with the purification of the vessels after Communion).

Today, each year seminarians are installed as lectors and acolytes and serve in these ministries as preparation for holy orders. However, at the same time, in parishes throughout the archdiocese, men and women perform these same roles, not necessarily as a preparation for additional roles of leadership and service in the church, but for the benefit of their parish communities and their worship of God.

Father Endres is dean of Mount St. May’s Seminary of
the West and the Athenaeum of Ohio. Send your question of faith to [email protected]

In letters to German cardinal, retired pope defends way he stepped down

Pope Francis opens ministries of lector and acolyte to women: A CNA Explainer 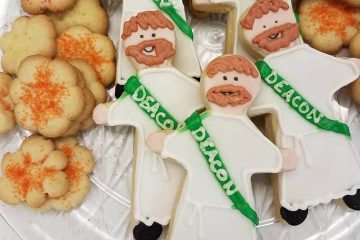