The policy prohibits U.S. funding of foreign NGOs that perform or promote abortions as a method of family planning. The White House announced that Biden would be issuing a Presidential Memorandum later on Thursday that “immediately rescinds the global gag rule, also referred to as the Mexico City Policy.”

In 2017, the Trump administration reinstated it and subsequently expanded upon it. While the policy traditionally applied to a limited amount of international family planning funding—ensuring it did not go to groups promoting abortion as a method of family planning—the administration expanded it to include billions of dollars in global health assistance.

“Many countries throughout the world have been besieged by aggressive and well-funded campaigns to overturn their pro-life laws and policies,” Smith said. “The Protecting Life in Global Health Assistance Policy was designed to mitigate U.S. taxpayer complicity in global abortion.”

Smith pointed to a new Marist poll showing that more than three-quarters of Americans oppose their tax dollars funding abortions in foreign countries.

In addition, Biden will direct the Department of Health and Human Services to review and consider rescinding another pro-life policy, the Trump administration’s Protect Life Rule.

That policy required recipients of Title X family planning funds to not refer for abortions and not be co-located with abortion clinics. As a result of the rule, Planned Parenthood withdrew from the Title X program in 2019 and forfeited around $60 million per year in grants.

The White House on Thursday said the memorandum to be signed by Biden “reflects the policy of the Biden-Harris Administration to support women’s and girls’ sexual and reproductive health and rights in the United States, as well as globally.” 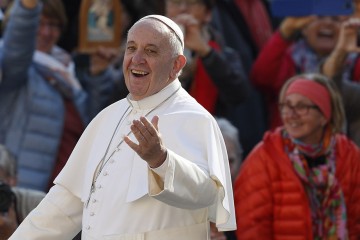