Why is a Planned Parenthood fundraiser being held on this Catholic campus?

Loyola Marymount University says it will not block a student club from hosting a fundraiser Friday for abortion provider Planned Parenthood, despite a petition drive that says it’s an “egregious violation” to hold the event on the Catholic institution’s Los Angeles campus.

The student group, Women in Politics, is hosting the fundraiser Nov. 5 in Roski Dining Hall. The club describes the event on an online university calendar as “an opportunity for us to raise money for a cause we really care about and have fun at the same time!”

In a statement, the university told CNA that it is neither sponsoring nor endorsing the event.

“The events, actions, or positions of student organizations, including Women in Politics, are not endorsed by the university,” the statement reads.

“However, the existence of these student organizations and their activities are living examples that LMU embraces its mission, commitments, and the complexities of free and honest discourse,” the statement adds. The university says that it “remains committed to its Catholic, Jesuit, and Marymount heritage, values, and intellectual traditions.”

The on-campus fundraiser has triggered a petition drive by an organization called RenewLMU that calls on University President Timothy Law Snyder to cancel the event. The group describes itself as “an alliance of students, alumni, faculty, donors, and other LMU supporters who seek to strengthen LMU’s Catholic mission and identity.”

Students also plan to hold a rosary rally on campus in defense of the unborn Friday at 6:30 p.m. PST.

“A Catholic university should honor and defend the principles of Catholic Social Teaching, at the heart of which is the principle of human dignity,” Loyola Marymount graduate Samantha Stephenson, who is leading the petition drive for RenewLMU, told CNA.

“For the University to not only permit, but host and financially support a fundraiser for the country’s largest provider of abortion is shameful.”

Stephenson, a Catholic podcaster who has earned a bachelor’s degree in theology and master’s degrees in theology and bioethics from Loyola Marymount, said she was “deeply saddened” by the university’s refusal to stop the fundraiser.

“If this were a fundraiser for the KKK, a group seeking to marginalize the homeless, or an anti-immigration group, there is no way it would be tolerated,” Stephenson said. “It is deeply disturbing that the University refuses to extend the same defense of human dignity to the unborn.”

“We hope you see through rationalizations that ‘Planned Parenthood does more than just abortions,’” the petition states. “The mafia also produces olive oil.”

The petition urges the Women in Politics club to find another organization to support that is not at odds with Church teaching. Approximately 1,800 people had signed the petition as of Thursday afternoon, and another related petition drive had garnered thousands of additional supporters, Stephenson told CNA.

Women in Politics is “an organization created for the purpose [of] fighting for women’s equality on and off of campus,” according to the club’s website.

“We strive for a strong emphasis on intersectional feminism,” the website states. “We are committed to making racial justice and LGBTQ+ women, gender queer, and non binary individuals a priority in our fight.” The website displays pictures of students holding pro-abortion signs. The club did not respond to CNA’s request for a comment.

Stephenson told CNA that “part of LMU’s mission is education of the whole person; this is truly a missed opportunity to teach these young women that political action does not have to be divisive.”

“They could have chosen any number of recipients for their fundraiser that would have helped to build bridges in working together for women’s advancement rather than creating division and scandal,” she said.

Planned Parenthood is the largest abortion provider in the United States. According to its annual report, the abortion giant performed 354,871 abortions in 2019-20.

Philip Zampiello, a Loyola Marymount graduate and founder of RenewLMU, says the university must take a strong stand in defense of Church teaching and the unborn threatened by abortion.

“Throughout its tenure, RenewLMU has heard from many students, parents, professors and alumni who feel ostracized and marginalized as Catholics at LMU,” Zampiello said in a statement to CNA.

“We attempt to support those who feel ostracized and marginalized as Catholics at LMU, and anyone who seeks to encourage LMU to faithfully support its mission and identity as a Catholic University,” he said.

“As Pope Francis, a Jesuit, has made clear, abortion takes a human life. As Catholics we are required to serve and protect those at the periphery of society as encouraged by Pope Francis,” Zampiello said.

“The most vulnerable people at the periphery of our society are the innocent unborn children in the womb,” he said. “They must be protected and cannot be forgotten or discarded as Pope Francis has convincingly argued.”

Archbishop Gomez addresses rise of 'wokeness', social movements in US

Why is a Planned Parenthood fundraiser being held on this Catholic campus? 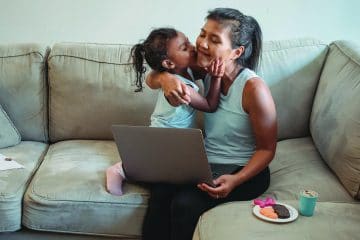