New legislation in West Virginia would require participation in single-sex sports teams and events to be based on the “biological sex of the athlete at birth.” The bill passed the state legislature on April 9.

A Kansas bill would similarly mandate that “female student athletic teams only include members who are biologically female.” That bill also passed the state legislature on April. A bill in Montana would likewise require single-sex sports at public schools “to be designated based on biological sex.” That bill is scheduled for a senate hearing on April 19, and awaits a final vote before being sent to the governor’s desk for signature.

ADF is currently representing female track runners in their lawsuit against Connecticut, over the state’s policy that allowed biological males identifying as transgender females to compete in women’s sports.

“We have seen an increasing number of males dominating girls’ athletic contests when competing as females around the country, capturing championships and shattering long-standing female track records,” Holcomb said.

Several others states, including Idaho, Mississippi, and Arkansas, have already enacted laws restricting participation in women’s sports to one’s biological sex, she said. Arkansas’ bill was signed into law by Gov. Asa Hutchinson (R), who subsequently vetoed a bill outlawing gender-transitioning procedures in the state. The state legislature voted to override his veto of that bill.

“These bills complement Title IX, a federal law that prohibits sex discrimination against women and ensures they have a fair and level playing field with biological males,” Holcomb said. Title IX of the Education Amendments of 1972 prohibits sex-based discrimination in federally-funded education programs activities.

Holcomb said that ADF commends the legislatures of West Virginia, Kansas, and Montana “for joining the national coalition taking a stand for the rights of women and girls—including collegiate athletes—and standing up to bullying from corporate interests willing to throw them under the bus.”

“We urge the governors of these three states to sign these urgently needed bills into law,” she said.

The Human Rights Campaign, a group that says it fights for “LGBTQ equality and inclusion,” said earlier this year that such bills are designed to target transgender student athletes.

“There is a coordinated attack on trans kids being waged in state legislatures across the country right now — and one of the most common bills that we’re tracking targets trans athletes,” the group wrote on its website. “Every kid deserves to play sports consistent with their gender identity.”

Why Maine Catholics, unable to meet in person, aren't sheepish about their faith

What does the synod document say about ordination of women, LGBTQ issues, and the liturgy? 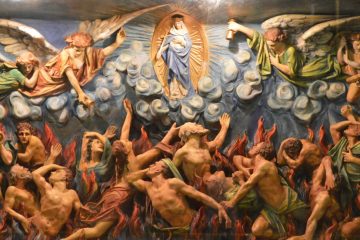