VATICAN CITY (CNS) — God is always by our side, never giving us more than we can handle, Pope Francis said. The countless women and men who stand tall through enormous difficulties, pain and especially persecution, are armed with the divine gift of fortitude that gives them the strength and hope to go on, he said. “It will do us good to think about these people: If they can do it, why can’t I? Let’s ask the Lord for the gift of fortitude,” he said during his weekly general audience in St. Peter’s Square May 14. Highlighting some of the tragedies facing people today, the pope made a special appeal at the end of his audience talk. He urged everyone to work together to prevent the “shameful massacres” of hundreds of immigrants who drown in the Mediterranean while attempting to reach Europe from North Africa. The pope’s appeal came after two boats sank attempting to make the crossing in early May; 53 bodies were recovered and about 250 people rescued, but hundreds more were thought to be missing as of May 14. Pope Francis also said his prayers were with those killed after a mine explosion in Soma, Turkey. Government authorities said the explosion May 13 left 205 people dead and dozens more trapped May 14 in underground tunnels.

VATICAN CITY (CNS) — No matter how sophisticated and how many algorithms are programmed to help a drone or other machine make calculations before firing on a target, autonomous weapons systems could never comply with international human rights law, a Vatican official said. “Meaningful human involvement is absolutely essential in decisions affecting the life and death of human beings,” Archbishop Silvano Tomasi, the Vatican observer to U.N. agencies in Geneva, told experts meeting May 13-16 to discuss lethal autonomous weapons systems. Archbishop Tomasi said it was essential “to recognize that autonomous weapon systems can never replace the human capacity for moral reasoning, including in the context of war. The development of autonomous weapon systems will ultimately lead to widespread proliferation,” the archbishop said, and “the development of complex autonomous weapon systems which remove the human actor from lethal decision-making is short-sighted and may irreversibly alter the nature of warfare in a less humane direction, leading to consequences we cannot possibly foresee, but that will in any case increase the dehumanization of warfare.”

OXFORD, England (CNS) — Catholic bishops in conflict-torn Central African Republic warned that their country’s wildlife and natural resources are being plundered by outside groups and demanded more effective leadership from the transitional government. “This crisis, with its insecurity and violence, are providing the instability which favors the anarchic and illegal exploitation of our resources,” the permanent council of country’s bishops’ conference said in a statement May 12. “We appreciate the international community’s mobilization, and all efforts made to resolve the crisis, which sadly continues to throw families into mourning, take away innocent lives and cause great material damage throughout our national territory. But the record till now has been negative,” the statement said. The bishops cited the butchering of hundreds of elephants for their ivory in the Dzanga Sangha Reserve in the southwestern part of the country, as well as the slaughter of sheep and cattle belonging to local tribesmen. They added that the eco-system was being threatened by the failure of forestry companies to replant destroyed areas, while the hunt for diamonds and other mineral deposits was “fueling the conflict and causing more innocent blood to flow.”

Vatican investigating Indian Jesuit’s work, but has not silenced him

VATICAN CITY (CNS) — A leading Indian Jesuit theologian specializing in mission, dialogue and inculturation, has been engaged in a dialogue with the Congregation for the Doctrine of the Faith, but has not been censured or silenced by the Vatican. Jesuit Father Michael Amaladoss, 77, is director of the Institute for Dialogue with Cultures and Religions at the Jesuit-run Loyola College in Chennai, India. Jesuit Father Joe Antony, acting provincial of the Madurai province to which Father Amaladoss belongs, told Catholic News Service May 14: “There has been no condemnation or censure, but for nearly two years there has been a dialogue between Father Amaladoss and the doctrinal congregation.” In April, Father Amaladoss was scheduled to lecture at Union Theological Seminary in New York. Advising people that the lecture was canceled, the seminary’s website said, “The Congregation for the Doctrine of the Faith of the Vatican has forbidden Dr. Amaladoss from speaking and publishing until a process of examining his thought has been successfully completed.” However, Father Antony told CNS by telephone from India, Father Amaladoss “himself wants to be quiet in order to reflect during this period. But he was not ordered to do so.” 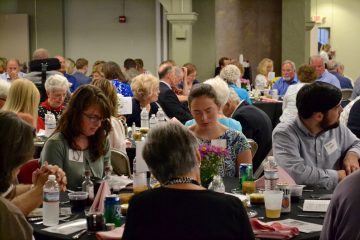