February 1, 2023 Catholic News Agency
Home»Commentary»Xavier move to Big East fine, but think what could have been
Commentary

Xavier move to Big East fine, but think what could have been 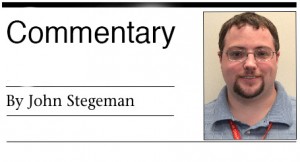 This story is exclusive web content from The Catholic Telegraph

Xavier University announced Wednesday that one of its athletic dreams was coming true. The school, along with Butler and Creighton, will join Georgetown, Villanova, Marquette, St. John’s, Providence, Seton Hall and DePaul in a reformulated Big East.

Learn more about Xavier’s move to the Big East here

The move makes sense financially, athletically and even in a sense thematically. This is a private school league about basketball in a college sports landscape dominated by football. For the football-less Musketeers to join makes perfect sense.

But I can’t help but feel there was a missed opportunity here. The seven previous Big East schools founding the new league were known as the Catholic 7, referring to all of them being Catholic universities. Xavier and Creighton are Catholic schools too.

Before any even thinks it, let me stress I’m not complaining about Butler. Butler is a fine school. It is a private institution with a Christian heritage and in all the ways that make sense in modern athletics, it is a perfect fit for the new Big East, which officially comes into being July 1.

But this could have been an all Catholic league.

I’m all for inclusion, and like I said, Butler’s inclusion is fine. It is just that an all-Catholic league could have established an identity that worked wonders. Perhaps it could have had a rule about not playing on Sundays (except maybe when the NCAA tourney demands it), or special prayers at the beginning of each game, could be worked in. The possibilities are really endless.

Some of the things the Archdiocese of Cincinnati is implementing for its youth sports could be applied to an all Catholic athletic conference. Think what it could have been to have nine powerfully successful schools that viewed athletics as an outreach ministry. You could still play high-level ball and compete for national titles, but you could do it while proclaiming the gospel as your primary end.

Think what powerful force the nine Catholic schools in this league, basketball powers all, could have been for the new evangelization. Catholics Come Home commercials could have been a mainstay of the conference post-season tournament broadcast.

An all Catholic league identity might have hurt recruiting to some degree, sure, I grant that. But if Cincinnati is any example there’s no shortage in this nation of talented Catholic high school athletes. Many of their parents would no doubt relish the idea of their kids going to compete in a league where Jesus Christ, and not the bottom line or the final score, came first.

Of course, the nine Catholic schools, Xavier included, do each in their own way promote the gospel already. They aren’t negligent in their Catholic identity because they didn’t form an all Catholic conference for sports. They still can, even as a block, work together to promote Catholic identity and beliefs if they so choose. I hope they will.

The rumors that St. Louis and Dayton universities could be future members is further encouraging to the concept of promoting a Catholic identity, but it wouldn’t be fair to Butler for all the Catholic schools to have an initiative in which they aren’t included. The Bulldogs are every bit as much a part of the new Big East as anyone else.

I don’t personally know anyone in the Xavier administration, and I don’t know if this idea of an all Catholic league was ever seriously considered.

But if had been, and if it happened, what a wonderful thing it could have been.

Sunday Scripture: The last days of the incarnate Son of God

Who is Tony Dungy, the NFL Hall of Fame coach speaking at the March for Life?

Xavier move to Big East fine, but think what could have been