Vatican City, Jun 24, 2020 / 09:00 am MT (CNA).- Pope Francis has written a letter of encouragement to Alex Zanardi, a Formula One driver turned Paralympic champion who is in a coma following a collision last Friday.

In the letter, published June 24 in the Italian sports newspaper La Gazzetta dello Sport, the pope said that Zanardi had offered the world “a lesson in humanity.”

Zanardi was hospitalized June 19 after he collided with an oncoming truck during a handcycling race in Pienza, Tuscany. He underwent neurosurgery and maxillofacial surgery before doctors placed him in a medically induced coma.

The 53-year-old lost both his legs in 2001 after crashing during motor race in Germany. He went on to win four gold medals and two silvers in handcycling at the 2012 and 2016 Paralympics.

In his letter, the pope wrote: “Dear Alessandro, Your story is an example of how to start again after a sudden halt. Through sport you have demonstrated how to live life as protagonists, making disability a lesson in humanity.”

“Thank you for giving strength to those who had lost it. In this painful moment I am close to you, I pray for you and your family. May the Lord bless you and Our Lady keep you.”

Zanardi is recovering from the surgery in the Santa Maria alle Scotte Polyclinic in Siena.

His accident has prompted an outpouring of sympathy and support in Italy. Prime Minister Giuseppe Conte tweeted June 19: “You never gave up and with your extraordinary strength of mind you have overcome a thousand difficulties. Come on Alex Zanardi, do not give up. All of Italy struggles with you.”

Vatican News noted that earlier this month Zanardi gave his backing to the “We Run Together” charity auction in support of hospitals in the regions of Italy hardest hit by the coronavirus. 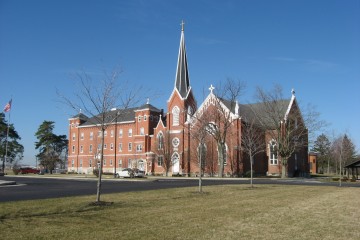