May 20, 2022 The Catholic Telegraph
Home»Commentary»Zeros, Ones, and the End of Man
Commentary/Home Page

Problems arising from technology and social media are more than could possibly be accounted for in one magazine. From the relatively mundane problem of work distraction, to more seriously annoying intrusions on privacy, to the tragedy of social-media-driven violence, stories about digital technology and social media fill headlines every day. While while problems created by technology are diverse, a common thread runs through them all. The difficulty is not technology, per se – there’s nothing wicked about zeros and ones – rather, the problem arises when technology is divorced from the true vision of the human person, and thus disordered from the good.

I do not simply mean, as people often say, “It’s not the technology that’s the problem, it’s the use to which it is put.” That observation is true, but it does not reach deep enough into the issue. Rather, it’s that technology’s use has been largely divorced from the discipline of science. And this is directly affected by the modern understanding of nature and the human person, which rejects a “teleological” approach. Taken from the Greek word telos (meaning “end” or “purpose”), a teleological view sees all things as directed toward some highest end, a given in nature. In ancient Greek philosophy that end was a vaguely defined happiness.

As incorporated into Christianity’s understanding of creation, teleology means the proper purpose of all things is to order us toward love of God. Nature is used correctly only when it is ordered toward that end. Thus, when we say that something is “disordered,” we mean that it is not oriented toward the person’s good and, ultimately, the glory and praise of God. Until the so-called Enlightenment, science was the discipline that discerned how natural goods are properly ordered. From the Latin word for “knowledge,” science – rooted in a teleological view of the person – is discovering how natural goods can be ordered toward a shared understanding of the person’s good, seen as friendship with God.

Modern rejection of teleology also rejects science as the quest for ordered knowledge. Technology was the development of tools and methods to serve science’s purpose. Divorced from that proper end, however, technology is reduced to the ability to control nature, according to whomever has the power to do so. If technology is not ordered by the goods that science seeks to know, it becomes the disordered power to manipulate. Nature, therefore, is subject to nothing other than our relative control over it. In the digital age, we think we have conquered nature with our ones and zeros. But have we?

In his famous 1943 book, The Abolition of Man, C.S. Lewis suggests that the answer is not as obvious as we might think. He uses the airplane, contraception and the “wireless” to demonstrate his central assertion that “what we call Man’s power over Nature turns out to be a power exercised by some men over other men with Nature as its instrument.” And this takes us directly to the heart of modern digital technology’s danger. Unconcerned by a universally accepted vision of the good of the human person, those who manipulate the ones and zeros ultimately control much of our lives. It is less that they are controlling nature than that they are controlling others using nature as their tools.

Lewis could have been talking about Facebook, Instagram, Twitter or Snapchat when he presciently observed that what we call “power” over nature is actually “a power possessed by some men which they may, or may not, allow other men to profit by.” As this power is refined, those wielding it become more adept at manipulating it, which results in ever fewer people asserting ever greater control over ever more people. Whether by self-appointed overseers or rigged algorithms, the digital lives of billions are manipulated by the whims of hundreds.

This is not to suggest that modern digital technology is a bad thing. I wrote this column on a computer, quoting from an electronic edition of Lewis’s book and emailed a draft to my editor, who made suggestions on her computer and emailed it back to me. I will post the published version on Facebook and Twitter, and you might read these words on your smartphone or tablet. These are all good things. The rise of Catholic digital media attests to the proper use for technology, when ordered toward its proper ends.

What is not good, however, is that as we become ever more dependent on digital information technology through social media, we fall ever more under the power of those relatively few who determine what we may or may not see, post or say. This is not the fault of the zeros and ones, but rather the disordered use to which they are put. Catholic digital media is a hopeful antidote to that malady. 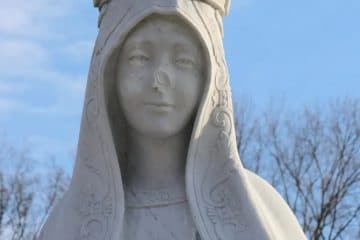