Paterson bishop: Vaccination exemption for clergy ‘will be minimal’

Question of Faith: Where Does The Church Stand On Homosexuality? The first congregation was founded by St. Philip Neri in Rome in the 16th Century. In addition to St. Philip Neri, the Oratory also counts Blessed John Henry Newman among its saints and beatified.

The Oratory is a community of priests and brothers who do not take vows, but live a common life of prayer, apostolic work, and mutual support under a common rule. The community is composed of Father Jon-Paul Bevak, Moderator, Father Adrian J. Hilton, Father Lawrence G. Juarez, Brother Brent L. Stull, and Brother Henry O. Hoffmann.

The Cincinnati Oratory began the project of founding a house in Cincinnati in 2008, with the support of then Archbishop Daniel Pilarczyk. In 2009, Archbishop Dennis Schnurr, succeeding as Archbishop of Cincinnati, began supporting and working with the community of priests and seminarians to see the project brought to its completion.

The current Procurator General, Father Mario Avilés, of the Confederation of Oratories throughout the world, has been the delegate from the Oratory since the beginning of the project to provide guidance and assistance. The Oratory is based in Over-the-Rhine at Old St. Mary’s Church.

In addition to Old St. Mary’s, the priests of the Oratory also minister at Sacred Heart Church, Camp Washington, Christ Hospital, Mt. Auburn, and the Hamilton County Justice Center, in downtown Cincinnati. This establishment brings the total number of Oratories in the United States to nine, with more than seventy internationally.

“We are grateful to the Holy Father for bringing this good work that was begun in 2008 to completion. We are also grateful to both Archbishop Pilarczyk and Archbishop Schnurr for their continued support throughout these past nine years,” Father Bevak said. “We thank Father Mario, and all of those who supported us with their prayers, donations, and friendship all of these years. We are excited to begin this next chapter in our history.”

The congregation dedicated a residence, the Pius XII House, in 2016.

The Most Rev. Dennis M. Schnurr, the Archbishop of Cincinnati, will offer a Mass on April 25, at Old St. Mary’s Church in Over-the-Rhine to celebrate the occasion and the delivery of the Holy Father’s decree. Further details will be forthcoming on the time of the Mass.

Way of the Cross: The Fourteenth Station 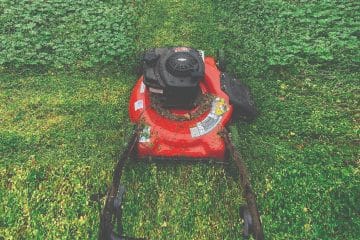