For nearly 20 years, Sister Janet served students and their families as a teacher at schools in Ohio and Illinois. After the Second Vatican Council, she chose to serve God in another way and began work as a secretary in Chicago for the next 30 years. In parishes where she worshiped, she served on liturgy and worship com-missions, in the choir, and as a eucharistic minister. For many years, Sister Janet was also part of a small faith community, where she was involved in preparing meals for the homeless.

Interment will be in the convent cemetery.

Brother Ed, 85, died Jan. 7, with 66 years of religious profession. A native of Grand Rapids, Brother Ed professed first vows in the Society of Mary (Marianists) in 1952, and perpetual vows in 1956. He began his apostolic work as a science and biology teacher at Chaminade High School in Dayton. He then taught seminarians and university students at Pontifical College Josephinum and Ohio State University. After 14 years of ministry in Africa, he returned to the United States and began teaching at the University of Dayton, where he went on to serve as the technical director for strategies for responsible development. In 1994, Brother Ed became the director of Serve with Energy and Talent (SWEAT), Ohio’s first Ameri-Corps program. He retired in 2013.

Brother Ed is survived by his sister, Rosemary. Interment was at Queen of Heaven Cemetery.

A native of Gallop, N.M., Sister Francis Clare’s ministries included service in SC hospital businesses offices in the West, as a manager, accountant and supervisor. She also served as an accountant, computer programmer and director of computer services for her congregation and as an assistant in the Treasurer’s Office at their motherhouse. She went on to minister at Good Samaritan Hospital in Cincinnati and as an accountant with the Sisters of Charity Health Care Systems. In 1986, Sister Frances Clare transitioned into a new ministry as director of computer services in the congregation’s business office, and later worked in the Finance Office. She retired in 2016.

Sister Francis Clare chose to donate her body to science, with burial to occur at a later date.

Father Kleiner was born on Cincinnati’s West Side. He joined the Comboni Missionaries at Sacred Heart Seminary in Anderson Township (then Forestville) for high school. His novitiate and college studies took place in San Diego and Cincinnati. He was ordained a missionary priest on May 29, 1971, at the Cathedral of St. Peter in Chains.

Over the years, Father Kleiner’s missionary assignments took him to Peru, Mexico, California and Illinois, where he was involved in starting a Comboni community in Blue Island (Archdiocese of Chicago). From 2003 until his death, he spent the rest of his missionary life in Los Angeles, serving at Holy Cross and St. Cecilia parishes.

Father Kleiner is survived by seven brothers and sisters. Interment was in St. Joseph Cemetery.

A native of Milwaukee, Father Thorsen did his preparatory studies at St. Gregory Seminary and studied theology at Mount St. Mary’s Seminary of the West. He was ordained on May 26, 1956, at St. Monica Cathedral in Cincinnati by Archbishop Karl J. Alter.

Interment was in Gate of Heaven Cemetery.

For nearly 30 years, Sister Claire worked with students and their families as an elementary teacher and principal at schools in Cincinnati and Dayton, and as assistant superintendent of schools for the Northern part of the archdiocese. She also sat on the boards of various schools and organizations, including Mount Notre Dame, Chaminade Julienne, Summit Country Day School, and the Catholic Inner-City Schools Educational Fund (CISE) Advisory Board.

For the next 25 years, Sister Claire served in many leadership positions for the Sisters of Notre Dame de Namur, including director of the Office of Ministry, director of associates, Leadership Team member, pastoral moderator and provincial.

Sister Claire is survived by her sister, Vivian, and brothers Larry and Frank. Interment was in the convent cemetery.

A native of Mankato, Minn., Sister Mary Paula’s ministries included 48 years as a primary and intermediate grade school teacher in Michigan, Ohio and Illinois. In the archdiocese, she taught at St. Patrick School. She came to Seton High School convent, Cincinnati, to retire in 1994. Sister Mary Paula eventually moved to the Mount St. Joseph motherhouse, where she assisted with the distribution of mail and served where needed.

She is survived by her brother, Leo. Interment was in the Sisters of Charity cemetery.

Throwback Thursday: ‘Slipped the surly bonds of Earth to touch the face of God’ 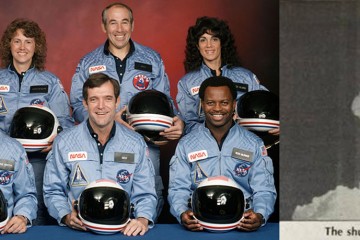