ARCHDIOCESE — The Archdiocesan Pastoral Council (APC) gathered March 13 for its quarterly meeting at the Athenaeum of Ohio’s Bartlett Pastoral Center. It was Archbishop Dennis M. Schnurr’s first meeting as the spiritual leader of the Archdiocese of Cincinnati.

First on the agenda was the APC finance committee report on the review of the archdiocesan finance report. It was noted that total revenue for the archdiocesan Central Offices declined by $4,882,881 from $64,949,933 in 2008 to $60,067,052 in 2009. The two main factors contributing to the reduction in revenue were a loss in investment income due to weaker markets and a decrease in contributions and bequests, also due to weaker economic conditions. Total expenses for the Central Offices increased by $3,023,408 from $67,902,409 in 2008 to $70,925,817 in 2009, with the largest dollar expense increases in insurance and education services. Two other expense items made up most of the increase — bad debt and the archdiocese’s decision to liquidate a fund for Catholic high schools and distribute the proceeds to those schools.

Also noted was the current moratorium on archdiocesan building projects. The report noted that the archdiocesan Finance Office has been working with parishes and institutions on payment plans and currently has some sort of payment plan from six of the top 10 delinquent parishes and institutions. In addition, the waiver of general assessment on debt collections has had a positive influence, and a number of parishes are currently in the midst of debt reduction campaigns with several already proving fruitful. As of Jan. 31, 2010, there were 27 parishes/institutions with delinquent debt balances to the archdiocese of more than $200,000. Richard Kelly, CFO and treasurer for the archdiocese, and Steven Burger, controller, were on hand to answer questions regarding the report.

Also on the agenda was a presentation by Father Ed Smith regarding the seminary division of the Athenaeum of Ohio. Father Smith serves as president/rector of the Athenaeum/Mount St. Mary’s Seminary.

“A lot of wonderful things that go on the archdiocese happen here,” Father Smith said as he began his presentation, noting that a variety of activities were occurring that very day, including the soon-to-be ordained permanent deacons gathering for class and a welcome weekend for men discerning a vocation to the priesthood.

Father Smith made note of a study by the Pew Research Center that indicates people pose three questions that reflect the expectations they have for their priest: does he love God, will he love me and can he do his job?

“The seminary exists to answer these questions,” Father Smith said. “That’s why preparing a total person to serve the people of God takes time.”

That preparation follows four pillars of formation, he explained — spiritual, academic, pastoral and human — and “all of this is going on at the seminary.”

There are currently 36 men enrolled at Mount St. Mary’s Seminary, Father Smith noted. Their median age range is late 20s to early 30s and they come from varied backgrounds, including military, medical and business, but there are also a number of common denominators among the seminarians, Father Smith said. This includes a deep sense of their Catholic faith, a very personal sense of their call and experience of God’s love in their life that led to a response. They have also been strongly influenced by the example of Pope John Paul II, in particular the late pontiff’s commitment to the church, social justice, morality, children and “his courage in facing his disease and death and the genuineness with which he lived. He inspired their vocations,” Father Smith said.

The seminarians are “full of zeal, prayerful, they love their church and they really want to serve,” he said, which “points to a strong picture of the priesthood” and “gives me great hope for the future of the church.”

During the meeting’s afternoon session, Susan McGurgan gave a presentation on the Lay Pastoral Ministry Program (LPMP), which became part of the Athenaeum in 1975. She explained that the LPMP offers a master of arts degree in pastoral ministry along with a certificate option. Like the seminary, the LPMP draws a diverse group of students, the average age of whom is 48.

They come, McGurgan, said, because “they want to grow in their faith. They want to become better disciples. They want to witness more effectively in their communities and workplaces.”

McGurgan noted that the LPMP is based on the same pillars of formation as the seminary. Highlights of the master of arts component include mentor conferences with an experienced pastoral minister; field education, a supervised ministry experience of 100 hours; and the project in ministry through which participants identify an existing pastoral need and collaborate with others at the designated ministry site to plan and implement a response.

“Our students are ordinary Catholics who are doing extraordinary things, and our program is focused on partnering with them as they grow,” McGurgan said, noting that the “need for well-formed, well-educated lay ministers to serve the church has never been greater.”

During his remarks prior to the conclusion of the meeting, Archbishop Schnurr noted his administrative responsibilities have increased since assuming his current position, but that it is his intention to continue to spend as much time as possible visiting area parishes and schools. “I like to get out and hear from the people of the archdiocese,” he said.

The archbishop also mentioned his upcoming meeting in Columbus with the bishops of Ohio, at which they will consider priests for the office of bishop. Archbishop Schnurr said he would soon approach the Holy See to ask permission to begin the search for a new auxiliary bishop for the Archdiocese of Cincinnati.

The next APC meeting is scheduled for Saturday, June 5, at the University of Dayton. 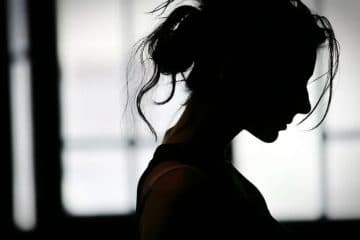