August 17, 2022 The Catholic Telegraph
Home»Commentary»Are the Baltimore Catechism and Catechism of the Catholic Church the same?
Commentary

Are the Baltimore Catechism and Catechism of the Catholic Church the same? 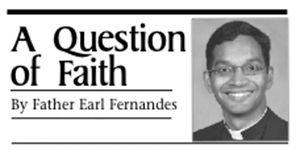 Dear Father: I was wondering about your June answer in the Telegraph concerning the church’s position on capital punishment. Primarily my question is on the Baltimore Catechism, which I studied under the good sisters, and the quotations you spelled out in your article, among other things. Are these the same?

The Second Vatican Council (1962-1965) brought many changes to church life and to the approach to theology and catechesis. Following the Council, there was a great crisis in catechesis, which Blessed Pope John Paul II addressed in his Apostolic Exhortation Catechesi Tradendae (1979). Twenty years after the conclusion of the Council, Blessed John Paul II asked that a universal catechism be prepared incorporating the teachings of Vatican II within the living tradition of the church. This project was overseen largely by Joseph Cardinal Ratzinger (later Pope Benedict XVI) and Dominican Father Christoph von Schonborn (currently the Cardinal Archbishop of Vienna). The French edition of the Catechism of the Catholic Church was issued in 1992, and a second edition was published in 1997. Later the Compendium of the Catechism of the Catholic Church (2005) and YouCat (for young people) were issued in the familiar question and answer format similar to that of the Baltimore Catechism.

The Year of Faith not only recalls the 50th anniversary of Vatican II, but also the 20th anniversary of the Catechism of the Catholic Church. In his Apostolic Letter Porta Fidei calling the Year of Faith, Pope Benedict XVI wrote (n. 11) : “In order to arrive at a systematic knowledge of the content of the faith, all can find in the Catechism of the Catholic Church a precious and indispensable tool. It is one of the most important fruits of the Second Vatican Council. In the Apostolic Constitution Fidei Depositum, signed, not by accident, on the 30th of the opening of the Second Vatican Council, Blessed John Paul II wrote: “this catechism will make a very important contribution to that work of renewing the whole life of the Church … I declare it to be a valid and legitimate instrument for ecclesial communion and a sure norm for teaching the faith.””

While the first edition of the Catechism was published in 1992, a second edition was published in 1997 to incorporate Pope John Paul II’s teaching on capital punishment from his encyclical Evangelium vitae (1995). The “traditional” teaching on capital punishment is not done away with; however, social and historical conditions have changed. Cardinal Ratzinger explained in 1997: “Clearly, the Holy Father [John Paul II] has not altered the doctrinal principles which pertain to this issue as they are presented in the Catechism, but has simply deepened the application of such principles in the context of present-day historical circumstances. Thus, where other means for the self-defense of society are possible and adequate, the death penalty may be permitted to disappear.” For further study of the developments of this issue, I recommend an article by the late-Cardinal Avery Dulles, SJ, “Catholicism and Capital Punishment,” First Things (April 2001).

Editor’s Note: Father Earl Fernandes is dean of Mount St. Mary’s Seminary and the Athenaeum of Ohio, where he is assistant professor of moral theology. To ask Father Fernandes a question about the Catholic faith, send an email to [email protected] or to The Catholic Telegraph, 100 East Eighth Street, Cincinnati, OH 45202.

How to survive an interfaith marriage

Are the Baltimore Catechism and Catechism of the Catholic Church the same?

Way of Cross: Young people pray for courage to bear cross, help others