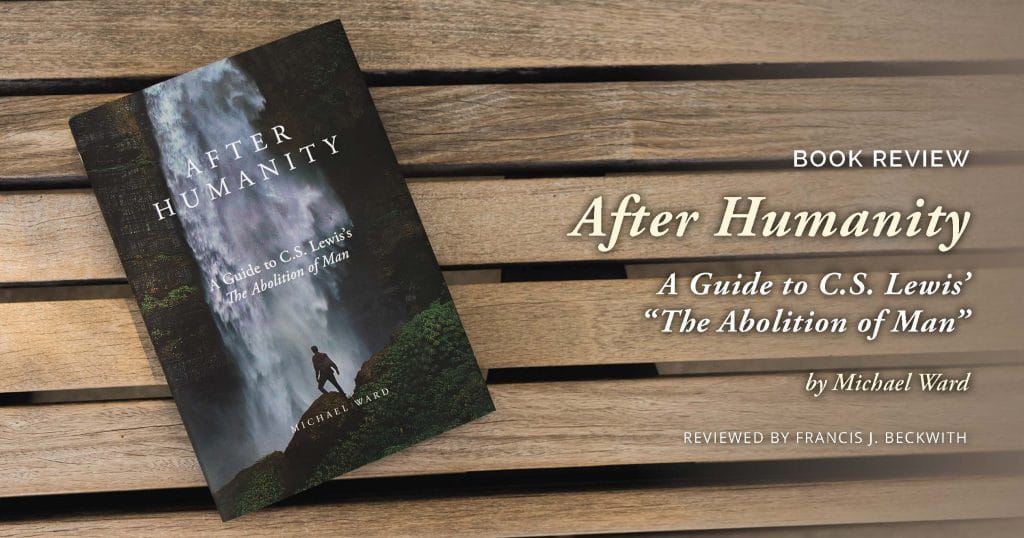 During the height of the Second World War, in February 1943, C. S. Lewis delivered the Riddell Memorial Lectures at the University of Durham in England. Entitled “The Abolition of Man,” they were published later that year as a slim volume that has since been heralded as one of the most important books of the 20th Century.

The Abolition of Man is an erudite criticism of value subjectivism: the view that goodness and beauty are not real truths about things in the world, but rather are our subjective perceptions imposed on the world. For example, when we say that the Grand Canyon is beautiful, we are not really describing what it literally is. We are simply announcing to the world the beautiful feelings that arise in us when we encounter the Grand Canyon. Lewis argues that under this theory, assessments of goodness or beauty cannot be right or wrong. All are equally subjective and thus equally non- rational – merely a matter of individual taste.

But value subjectivism is a universal acid that cannot be constrained to judgments about the goodness or beauty of the natural world. If it is true, the theory must extend to human nature as well. We therefore, cannot say what is intrinsically good for human beings, since goodness, like beauty, is solely in the eye of the beholder. This means that there is no natural moral law that may guide society in the development of its laws and customs. Truth yields to power and to the value subjectivity of those who wield it. That leaves politics and law in the hands of unaccountable elites who saddle humanity with their vision of “goodness.” Under this scenario, generations of human beings remain in bondage to the capricious whims of the powerful elites. This, Lewis maintains, is the abolition of man.

Word on Fire, just published a wonderful companion to Lewis’ classic tome. Authored by philosopher Michael Ward, After Humanity: A Guide to C.S. Lewis’ “The Abolition of Man” is a detailed literary, historical, philosophical, and critical commentary. Ward, arguably the leading Lewis scholar of our time, leaves no stone unturned.

The first six chapters discuss how Abolition was received; the occasion and context of the initial lectures and their publication; its framework and central concepts; whether or not it is a religious work; its background and its legacy. In chapter seven, which is 65-percent of the book and divided into three sections, Ward guides the reader on a passage-by- passage journey through Abolition. In addition to Ward’s own explanations and remarks, we are introduced to an almost dizzying collection of facts, arguments, literary allusions, commentaries, and influences. He also supplies cross- references to Lewis’ other works that touch on themes in Abolition.

Given Ward’s encyclopedic knowledge of Lewis’ body of work, it is difficult to imagine anyone else – except perhaps the late, great Walter Hooper – who could produce a guide of this breadth and depth. It is a worthy companion to Lewis’ great work.

Francis J. Beckwith is a Professor of Philosophy and Church- State Studies, and Associate Director of the Graduate Program in Philosophy, at Baylor University.