Book Review: The Scandal of Holiness 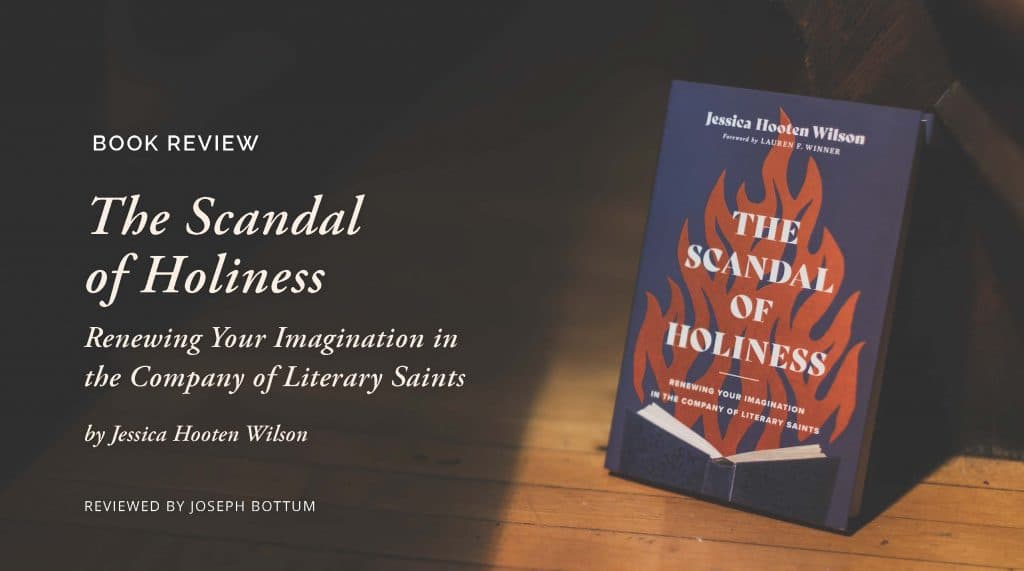 With The Scandal of Holiness, Jessica Hooten Wilson has written a new and interesting kind of devotional. We often participate in the grace of holiness through practice, which typically begins with actual works of prayer and mercy in the world. But Wilson knows the whole person involves thought as well as action. She is a literary scholar at the University of Dallas and author of studies on figures such as Flannery O’Connor, Fyodor Dostoevsky and Walker Percy. Here, Wilson focuses on the mind’s role in the Christian life and its center, which she believes is imagination: We need to create mental pictures of the communion of saints, the life of the Blessed Virgin and the sufferings of Christ.

She is hardly alone in this insistence on imagination. From St. Augustine to the Eastern Church Fathers, the role of mental images was always present, reaching a peak in St. Ignatius Loyola’s 1548 Spiritual Exercises, the great Jesuit instruction manual that teaches spiritual directors how to train their students’ imaginations through a month-long meditation.

In The Scandal of Holiness, however, the center is the literary imagination. Where St. Ignatius asks us to contemplate Christ’s road to Golgotha by smelling the dust and feeling the heat, in each of her eight chapters, Wilson asks us to understand a piece of fiction.

Make no mistake: This is a deeply Christian book, and the author ties her literary expositions to anchoring scripture passages and the saints’ lives. She establishes a reasonable question: Why should we try to form images of the pains and joys of Christian life when the greatest literary imaginations already did much of the work for us?

For example, Wilson looks at Walter Wangerin’s 1978 allegory, The Book of the Dun Cow, to imagine the spiritual communion formed by ordinary people. George Bernanos’s 1936 French novel, The Diary of a Country Priest, is proposed to clearly establish how high the stakes are when risking the loss of a soul.

Plot summaries drag a little, even as Wilson fleshes them out with discussions of her and others’ lives. It’s in those plot summaries that we see the challenge with this kind of book – a question of who it’s for. Books about books are caught in a double bind: If you’re well read, you don’t need them, and if you’re not well read, you won’t get much out of them.

Jessica Hooten Wilson meets this challenge with lively prose, a wide range of sources and a clear structure for contemplations in spiritual devotions. Her work motivates readers to take up the named books again or read them a first time. For the most part, The Scandal of Holiness succeeds as a work that Catholic reading groups and literary classrooms would enjoy.

Joseph Bottum is director of the Classics Institute at Dakota State University. His most recent book is titled, The Decline of the Novel.

The Scandal of Holiness: Renewing Your Imagination in the Company of Literary Saints by Jessica Hooten Wilson (Brazos, 240 pages, $35)

Book Review: The Scandal of Holiness