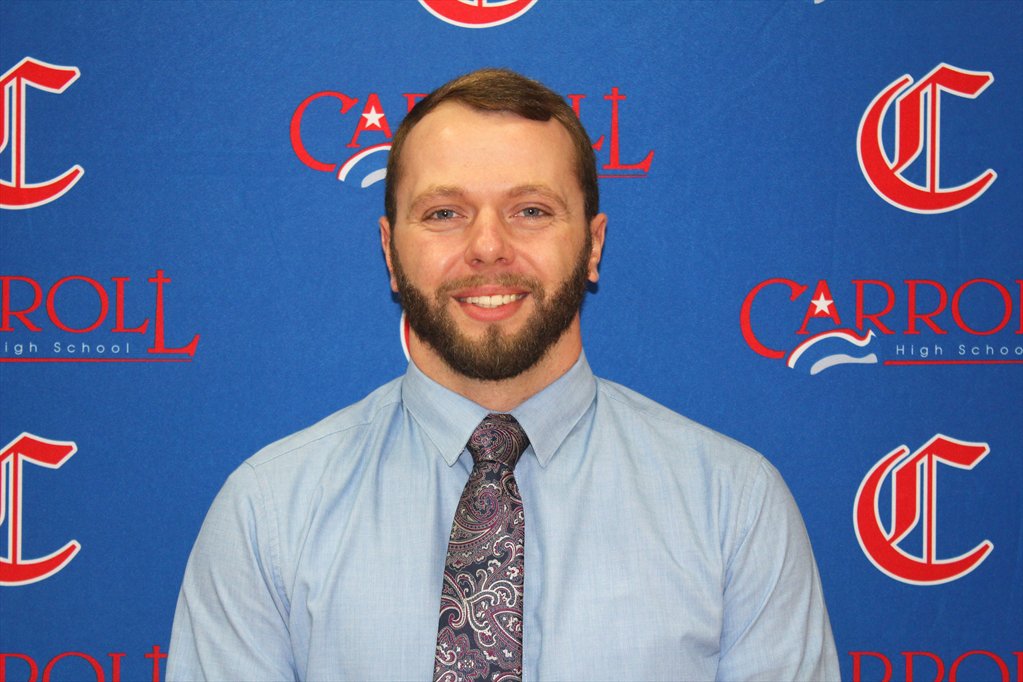 Byrd takes over all football operations, effectively immediately, replacing former head coach Ben Rulli ’03 who resigned from the position in January. Since joining the football program in August of 2017, Byrd has served as the special teams coordinator, pass game coordinator, and wide receivers coach.

“I’m incredibly excited to take the next step at Carroll,” Byrd said. “This community is an unbelievable place to teach and coach. I’m blessed to be a part of the school, and I look forward to building a football program the Carroll community can be proud of.”

Prior to joining the staff at Carroll, Byrd was the assistant for safeties and wide receivers at Eaton High School from July 2013 through December 2014. Byrd was also an active duty member of the United States Army as a Staff Sergeant stationed in Fort Bragg from May 2006 through June 2012. Byrd was directly responsible for training soldiers, managing more than $2.6 million of equipment, and conducting performance reviews of his subordinates. Byrd also served two combat tours (27 months total) in Afghanistan.

Byrd has a Bachelor of Arts Degree in Social Science Education (Adolescent to Young Adult) and Master of Education in Integrated Social Studies from Wright State University, maintaining a 4.0 GPA in both courses of studies.

“We are very pleased to announce Cody Byrd as the next Head Football Coach at Carroll High School,” Carroll High School Athletic Director Scott Molfenter said. “He is an excellent fit for our community, bringing an understanding and appreciation for what it means to be a complete student-athlete. Cody’s military and coaching background have proven him to be a leader of young men, and we look forward to seeing the positive energy he will bring as the head coach of the Carroll Patriots.”

“The Carroll football program has made great strides in the last couple of years, and Cody Byrd is a big reason why,” Principal Matt Sableski ’91 said. “He has tremendous football knowledge, has earned the respect of his players and his peers, and is a natural leader. His moral compass and value set is exactly what we want in our head football coach.”