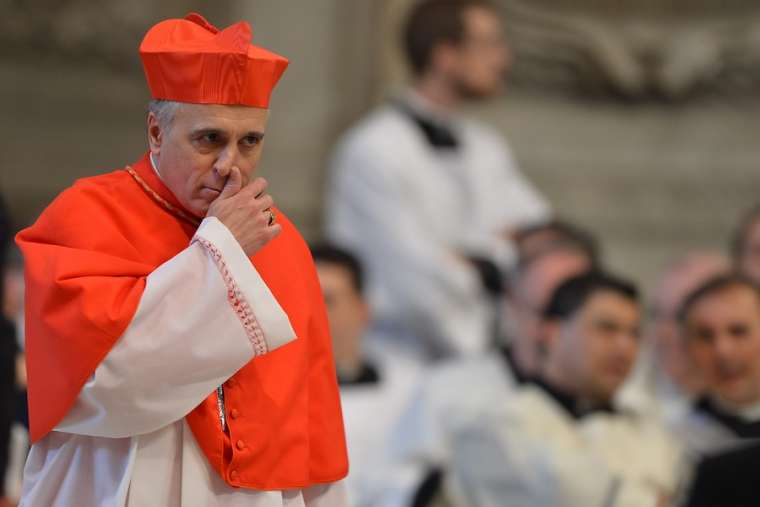 Baltimore, Md., Nov 12, 2018 / 08:34 am (CNA/EWTN News).- Cardinal Daniel DiNardo opened the fall assembly of the U.S. Conference of Catholic Bishops (USCCB) with a speech calling for bishops to avoid the two temptations of “despair and presumption” as they address the sexual abuse scandals facing the Church.

In his opening speech, given as president of the USCCB, DiNardo said that the Church must rely on “trusty faith,” and “living memory” as it seeks to support victims of abuse and to reassure the faithful.

DiNardo’s address was clearly amended to account for the surprise announcement that the Holy See had blocked the bishops from voting on two key proposals.

Shortly before his speech, the cardinal told the hall that he had been instructed by Rome that the U.S. bishops were not to vote on a proposed new set of standards for episcopal conduct or on the creation of a new lay-led body to investigate episcopal misconduct. Instead, the American bishops have been told to wait until after a special meeting of the presidents of the world’s bishops’ conferences called by Pope Francis for February.

Despite the sudden change to the conference agenda, DiNardo said that the American bishops take the abuse crisis seriously.

“We remain committed to the program of episcopal accountability. Votes will not take place, but we will move forward,” DiNardo told attendees.

Addressing survivors in the first person, the Archbishop of Galveston-Houston said, “I am deeply sorry.”

“In our weakness we fell asleep,” he said, while calling for a renewed vigilance, both against abuse and against paralysis in the face of recent scandals.

Despair, he said, must yield to the knowledge that the Church “has always been and will always be the body of Christ” which the bishops are called to serve as members.

On the other hand, DiNardo also warned against presuming that the current crisis would just “blow over” or worse, was a crisis of the past not the present. While noting that many of the recent scandals concerned cases of abuse from past decades, he said that the Church could not presume that victims should “heal on our timeline.”

Progress has been made, DiNardo told the bishops, but they must remain “willing but also ready to ask forgiveness” of victims, survivors and the faithful. Bringing healing to the sexual abuse crisis will require “all our spiritual and physical resources”

“It is only after listening that we can carry out the changes needed,” DiNardo said, ending with a plea to the bishops that the conference proceed untied in humility.

“Let us submit to the Holy father and to each other in a spirit of fraternal correction,” he said.

“Brothers, we have fallen into a place of great weakness. We must act right here and right now to better serve our sisters and brothers.”

“We can begin to clean and then to heal the lacerations in the body of Christ.”