An invitation from the White House to “work out the wrinkles” regarding the mandate either by rescinding it or at least widening the exemptions on religious grounds failed to reach an agreement and the effort “seems to be stalled,” he said in the letter released late March 2.

The letter cited recent comments by a White House official that the mandates are a “fait accompli” and that Congress was notified that the rules have been published in the Federal Register “without change.”

Cardinal Dolan, president of the U.S. Conference of Catholic Bishops, also said that during a recent meeting with White House officials, USCCB staff members “asked directly whether the broader concerns of religious freedom … are all off the table.”

“They (USCCB staff) were informed they are,” he wrote.

“Instead they advised the bishops’ conference that we listen to the ‘enlightened’ voices of accommodation,” pointing to a recent editorial in American magazine, the cardinal said.

The editorial in the magazine’s March 5 issue questioned whether the bishops’ opposition to the revised mandate released by the administration Feb. 10 was an issue of disagreement over government policy as opposed to an infringement of religious liberty.

“The White House seems to think we bishops simply do not know or understand Catholic teaching and so, taking a cue from its own definition of religious freedom, now has nominated its own handpicked official Catholic teachers,” the letter continued.

Despite the setback, Cardinal Dolan promised that the USCCB would not back down in its drive to overturn the mandates because of its overriding concern for religious freedom.

Obama’s revision said religious employers could decline to cover contraceptives if they were morally opposed to them, but the health insurers that provide their health plans would be required to offer contraceptives free of charge to women who requested such coverage. Questions remain as to how it relates to religious employers who are self-insured.

In his letter, the cardinal reiterated that the bishops’ conference will “continue to accept invitations to meet with and to voice our concerns to anyone of any party, for this is hardly partisan, who is willing to correct the infringements on religious freedom that we are now under.”

“But as we do so, we cannot rely on off-the-record promises of fixes without deadlines and without assurances of proposals that will concretely address the concerns in a manner that does not conflict with our principles and teaching,” he added.

“Our commitment to seeking legislative remedies remains strong. And it is about remedies to the assault on religious freedom. Period,” Cardinal Dolan said.

The letter outlined planned actions to spread the word about the mandates to parishes. It said advocacy and education efforts will expand and that catechetical resources on the significance of religious freedom to the church and the church’s teaching on it from doctrinal and moral perspectives are being developed.

Liturgical aids to encourage prayer on challenges to religious freedom also are on tap, the letter said.

“Given this climate we have to prepare for tough times,” Cardinal Dolan wrote.

“Brothers, we know so very well that religious freedom is our heritage, our legacy and our firm belief, both as loyal Catholics and Americans,” he continued. “There have been many threats to religious freedom over the decades and years, but these often came from without. This one sadly comes from within.

“As our ancestors did with previous threats, we will tirelessly defend the timeless and enduring truth of religious freedom,” he said.

he full text of Cardinal Dolan’s letter can be found online at www.usccb.org/issues-and-action/religious-liberty/ 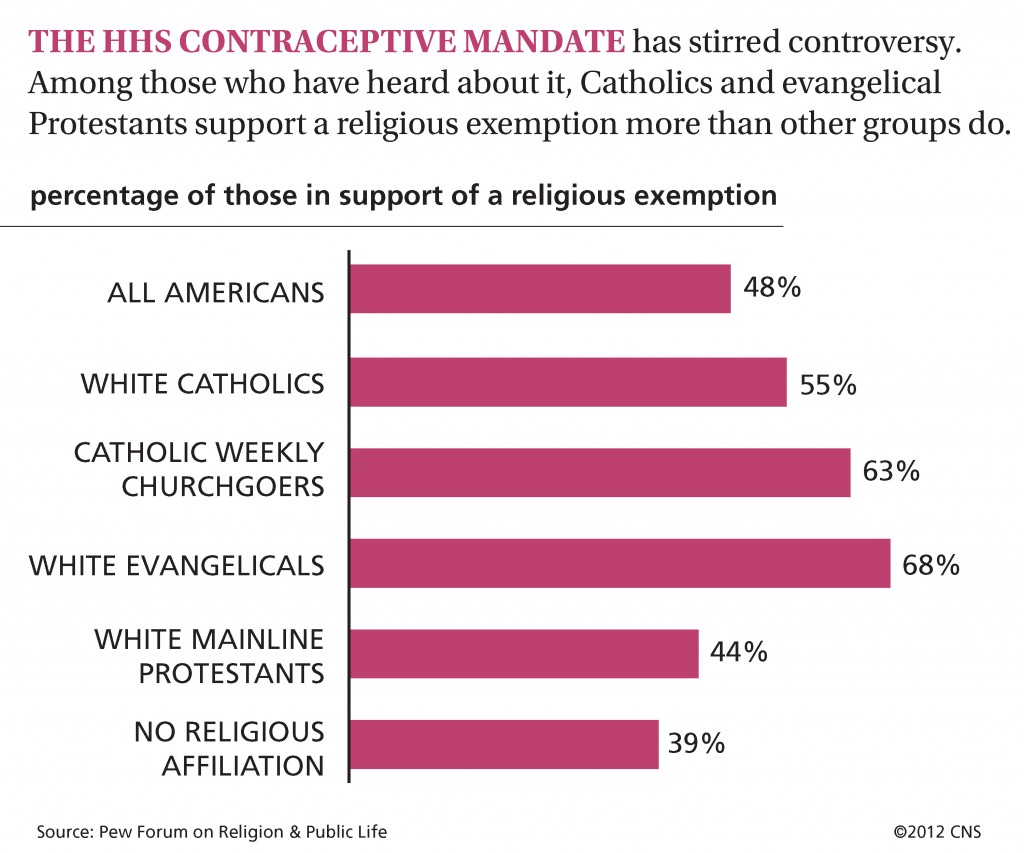