Beatification of Carlo Acutis: The first millennial to be declared Blessed

Assisi, Italy, Oct 10, 2020 / 09:46 am MT (CNA).- With the beatification of Carlo Acutis in Assisi Saturday, the Catholic Church now has its first “Blessed” who loved Super Mario, Pokémon, and above all the Real Presence of Jesus in the Eucharist.

“To be always united with Jesus, this is my life program,” Carlo Acutis wrote at the age of seven.

The young Italian computer whiz, who died of leukemia at the age of 15 offering his suffering for the pope and the Church, was beatified Oct. 10 in a Mass at the Basilica of St. Francis of Assisi.

Born in 1991, Acutis is the first millennial to be beatified by the Catholic Church. The teen who had an aptitude for computer programming is now one step away from canonization.

“Since he was a child … he had his gaze turned to Jesus. Love for the Eucharist was the foundation that kept alive his relationship with God. He often said ‘The Eucharist is my highway to heaven,” Cardinal Agostino Vallini said in his homily for the beatification.

“Carlo felt a strong need to help people discover that God is close to us and that it is beautiful to be with him to enjoy his friendship and his grace,” Vallini said.

During the beatification Mass, Acutis’ parents processed behind a relic of their son’s heart which was placed near the altar. An apostolic letter from Pope Francis was read aloud in which the pope declared that Carlo Acutis’ feast will take place each year on Oct. 12, the anniversary of his death in Milan in 2006.

Masked pilgrims spread out in front of the Basilica of St. Francis and throughout the different piazzas in Assisi to watch the Mass on large screens as only a limited number of people were allowed inside.

Acutis’ beatification drew an estimated 3,000 people to Assisi, including people who personally knew Acutis and many other young people inspired by his witness.

Mattia Pastorelli, 28, was a childhood friend of Acutis, who first met him when they were both around the age of five. He remembers playing video games, including Halo, with Carlo. (Acutis’ mother also told CNA that Super Mario and Pokémon were Carlo’s favorites.)

“Having a friend who is about to become a saint is a very strange emotion,” Pastorelli told CNA Oct. 10. “I knew he was different from others, but now I realize just how special he was.”

“I watched him while he was programming websites … He was truly an incredible talent,” he added.

In his homily, Cardinal Vallini, the pontifical legate for the Basilica of St. Francis, hailed Acutis as a model of how young people can use technology at the service of the Gospel to “reach as many people as possible and help them know the beauty of friendship with the Lord.”

For Carlo, Jesus was “the strength of his life and the purpose of everything he did,” the cardinal said.

“He was convinced that to love people and do them good you need to draw energy from the Lord. In this spirit he was very devoted to Our Lady,” he added.

“His ardent desire was also that of attracting as many people to Jesus, making himself herald of the Gospel above all with the example of life.”

At a young age, Acutis taught himself how to program and went on to create websites cataloguing the world’s Eucharistic miracles and Marian apparitions.

“The Church rejoices, because in this very young Blessed the Lord’s words are fulfilled: ‘I have chosen you and appointed you to go and bear much fruit.’ And Carlo ‘went’ and brought the fruit of holiness, showing it as a goal reachable by all and not as something abstract and reserved for a few,” the cardinal said.

“He was an ordinary boy, simple, spontaneous, likeable … he loved nature and animals, he played football, he had many friends of his age, he was attracted by modern means of social communication, passionate about computer science and, self-taught, he built websites to transmit the Gospel, to communicate values ​​and beauty,” he said.

Assisi is celebrating the beatification of Carlo Acutis with more than two weeks of liturgies and events Oct. 1-17. During this time images of a young Acutis standing with a giant monstrance containing the Eucharist can be seen in front of churches all around the city of St. Francis and St. Clare.

People stood in line to pray before the tomb of Carlo Acutis, located in Assisi’s Sanctuary of the Spoliation in the Church of St. Mary Major. The church extended its hours until midnight throughout the beatification weekend to allow as many people as possible to venerate Acutis, with the social distancing measures in place to prevent the spread of the coronavirus.

Fr. Boniface Lopez, a Franciscan Capuchin based at the church, told CNA that he noted that many people who visited Acutis’ tomb also took advantage of the opportunity to go to confession, which is being offered in many languages throughout the 17 days when Acutis’ body is visible for venation.

“Many people are coming to see Carlo to ask for his blessing … also many young people; they come for confessions, they come because they want to change their lives and they want to come near God and really experience God,” Fr. Lopez said.

At a youth vigil the evening before the beatification, pilgrims gathered outside of the Assisi’s Basilica of St. Mary of the Angels while priests heard confessions inside.

Lopez said that he had also encountered many religious sisters and priests coming on pilgrimage to see Actutis. “Religious come here to ask his blessing to help them to cultivate a greater love for the Eucharist.”

As Acutis once said: “When we face the sun we get a tan … but when we stand before Jesus in the Eucharist we become saints.” 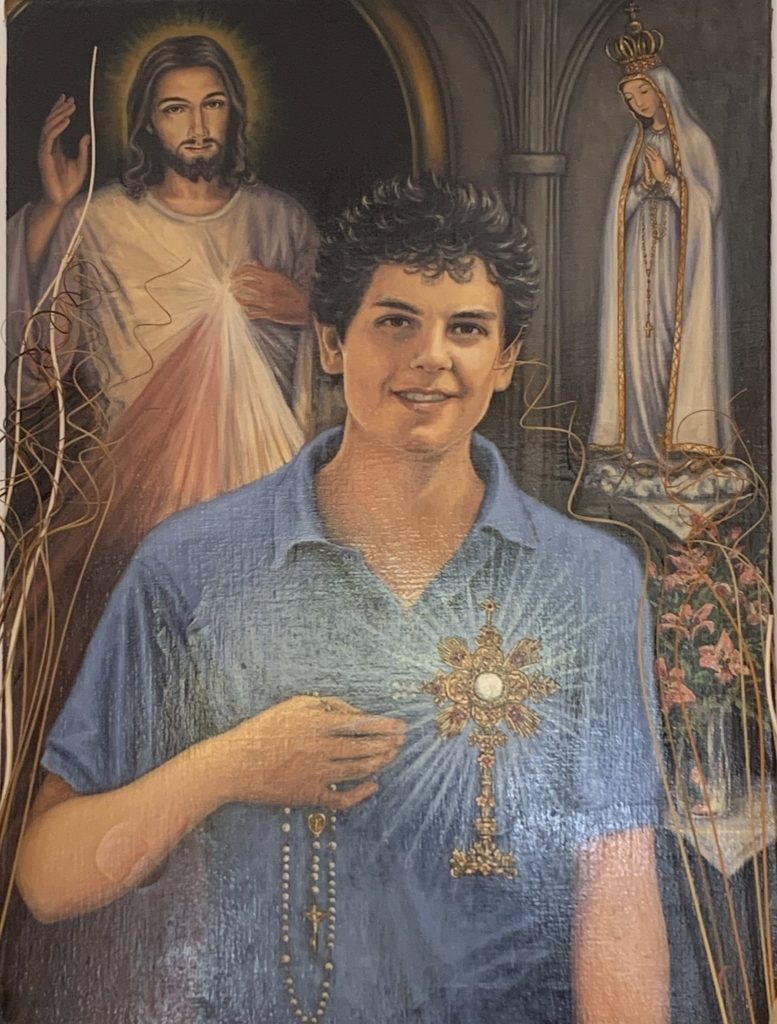 Catholic Charities in southern US prepare for Hurricane Delta

Beatification of Carlo Acutis: The first millennial to be declared Blessed 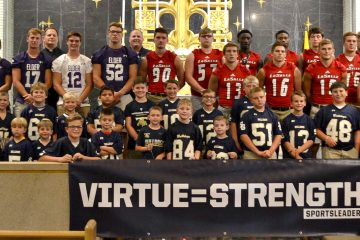